Hmmm…. title that is a mouthful, it’s an isekai title. Oh, and it’s a female-led one at that but in a different way than usual.

This is My Next Life as an Villainess: All Routes Lead to Doom. 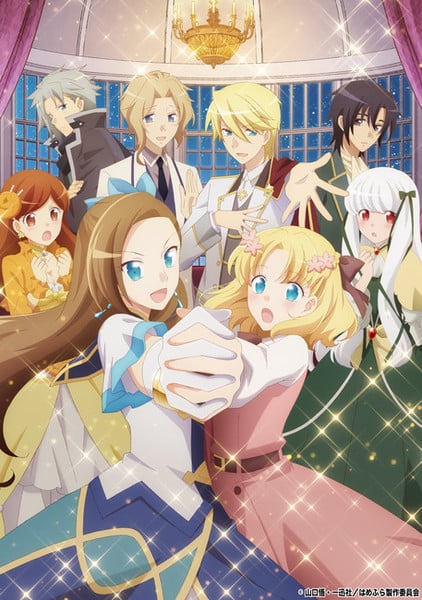 Plot Summary: After hitting her head particularly hard one day, Duke Claes’ daughter, Katarina, suddenly recalls all the memories of her past life: that of a teenage Japanese girl. It seems in her past life, Katarina was playing a video game very similar to the life she lives now right before she died. She is now Katarina Claes, the antagonist of the otome game, who nastily hounded the protagonist until the end. Knowing all the possible outcomes of the game, she realizes that every single possible route ends with Katarina being murdered or exiled. In order to avoid these Catastrophic Bad Ends, she has to use her knowledge of the game and her own wiles, starting with breaking off this engagement with the prince.

First Thoughts: Well, so far I’m very intrigued by this. Normally I tend to not care about anything otome games because they aren’t my thing and all and we’re still getting burnt out by the barrage of isekai-related anime but this is slightly different than the usual. For one, usually it would be about a hero but this time it’s more about the villain… or villainess in an otome game where the outcomes of her ends up being exiled or killed so she tries to spin it where she doesn’t end up being fucked. Surprisingly, I’m really digging this. It does have a different isekai spin than the usual suspects and while it’s mainly reverse with the one girl and plenty o’ generic looking anime pretty boys, the focus isn’t lost.

Yeah, this caught my eye. I’m CONTINUING WEEKLY with this.

I’m MAK2.0 aka The Blue Hybrid and at least the bad outcomes didn’t involve that word that rhymes with grape.