Alright, boys and girls, let’s get all hot and wet for this next…… wait, shouldn’t this aired in the summer instead? This is basically an anime for the summer, not October. Then again, with the weather being hot in the fall months for the last…. couple of years, it might as well aired now.

This is Kandagawa Jet Girls. 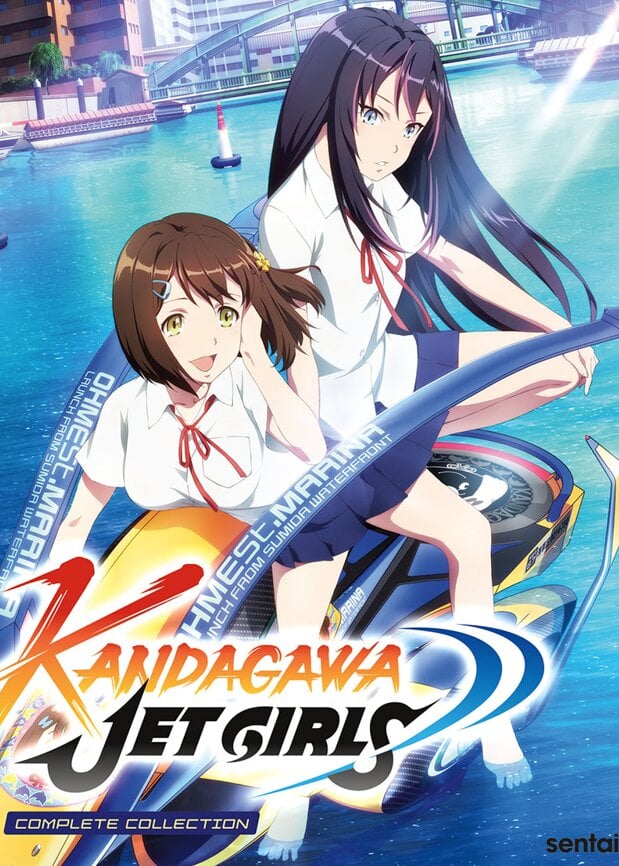 Plot Synopsis: “Jet-Racing” has become a mega-popular extreme sport across the world, and with good reason! The “Jetter” pilots a high velocity watercraft and is paired with a “Shooter” who blasts rival teams with a hydro gun. It all adds up to explosive, wet-and-wild action as they race to the finish and compete to earn supremacy. Among those competing is Rin Namiki, and racing is in her blood. Rin aspires to become a legendary Jetter just like her mother, and after meeting the cool and gorgeous Shooter Misa Aoi, it looks like Rin’s dreams are finally in reach with a partner who shares her passion! Every race brings them tighter together as a team and closer than ever to their dream of becoming the best Jet Racers on the water.

First Thoughts: You know, in the beginning as this starts, it does play off as this coming-of-age tale about this girl Rin, who has aspirations of becoming a Jetter like her mother (who I assume is dead, judging by the shrine back at her home) and she’s very energetic and chipper and that makes sense her potential partner is Misa, who seems to be that person that had some bad experiences from what I saw. Then comes the reason why most are tuned in this show: BOOBS!!!! Sorta. I mean, there are some shots but they were censored and obviously that’s for the Blu-ray to come and the thing with the shooting is…… the laser shoots your clothes off.

Honestly, I’m fine with this. Yes, this is some very overt fan service material with something that might spark a partnership but it’s mostly the cheesecake and if that’s what you’re going for, then you might find something you like in here and as ridiculous as it got, at least it’s not just shoved in there in scenes that wreck the tone of it. *coughFireForcecough (Maki’s still fine, tho.)*

I’m MAK2.0 aka The Blue Hybrid and seriously, this show should’ve been released earlier.