I don’t know why but the title of this show reminds me of this one horror game….. then again, if your title includes WITHIN and something horrific attached to it, it should add up.

Actually, scratch that. I thought of a reference I’m saving for later.

This is The Ones Within. 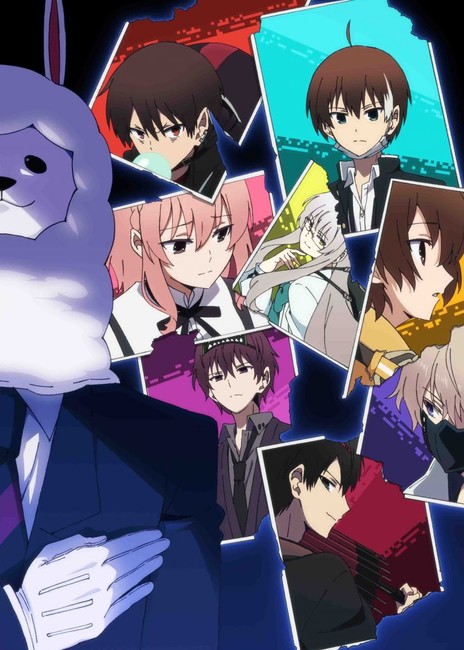 Plot Summary: Akatsuki Iride and seven other charismatic game streamers wake up in the world of a mysterious free-to-play game called Naka no Hito Genome. Now they are competing in real-life games with life-or-death stakes, but clearing several game tasks could earn them 100 million lives.

First Thoughts: This is if The Running Man was turned into an anime, only with live-streaming video games. Why I choose that movie? Well, I could’ve said something like The Condemned or Gamer but last time I checked, those movies were ass. OK, maybe it’s a stretch but an alright premise for an introduction episode but I wish I can say the same of the characters because right out the bat, most of them annoyed me and that especially goes to the pink-haired girl Karin aka the bitch of this show and I get why she gets annoyed at lead character Iride but at least he’s trying to be optimistic, she’s just grating to be around with.

Anya’s kinda annoying, too, because it’s the hot-headed young male trope that easily gets tired and annoying.

Hopefully the show might be slightly better but I know there are some characters I’m not easily attached to if something happens to them. Also, I’m digging this OP song….. at least the beat of it.

I’m MAK2.0 aka The Blue Hybrid and you know what? Just let the girl wake up herself…..unless she’s dying. Then do something!