So….. if you’re expecting me to look at that new Fate-related anime that aired today…… Yeah, I did watched it but I feel like I need to process that a bit more than usual.

Or give a re-watch of it.

So, I’m going to look at a show….. that aired yesterday. Why? Because 4 shows is too many to do on a single day. Also, MAGICAL GIRL ANIME TIME!!! 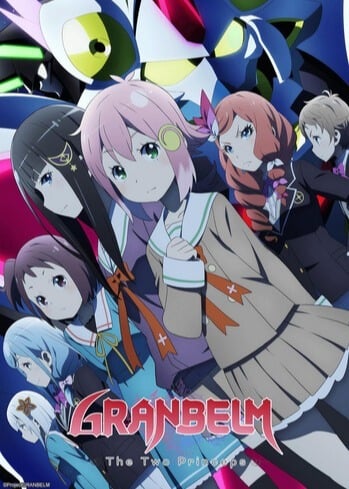 Plot Synopsis: It had been nearly 1,000 years since all the magic in the world disappeared, and most people had forgotten it ever existed. Kohinata Mangetsu is a cheerful high school student who has a pretty positive outlook on life, but she has nothing to call her own– Because she wasn’t good at academics or sports, she dreamed of having something she was good at. On a night where the full moon was shining brightly, she happens to meet another girl with the character for “moon” in her name named Shingetsu Ernesta Fukami. That was also when she encountered the mechanical dolls called “ARMANOX.”

First Thoughts: A magical girl mecha anime from the director and character designer of Re: Zero? Well, it’s….. something. You got your every girl in a situation wondering where the hell is she and suddenly giant-ass mechas with magical girl running them attacking each other and possibly her. It has the magical girl formula in some aspects down. Although I think Magical Girl Spec-Ops Asuka is the better one because it has a different spin but this is basically the SOS magical girl show. But I’ll say this….. it isn’t overly edgelord-ish, the mecha animation is good and there were decent characters.

So, I’m going to keep watch….. but on a MEDIUM-LOW Priority.

Again, this looks like to be a better season (well, for first impressions) than the last season.

I’m MAK2.0 aka The Blue Hybrid and if you see a giant robot staring at you about to grab you….. well, you’re fucked.