Once again….. the season has come to a finish.

In actuality, during the season, most shows end up finishing before December even came although two of the shows are summer leftovers (mainly one that had extra web episodes and the other that act like it’s too good to premiere in the early days of JULY) and one of them aired the majority of them prior to the season.

Now thankfully I have dropped no shows this season because the pickings were…..OK, not slim but a good amount of stuff I actually want to watch, but I did manage to catch That Time I Got Reincarnated into a Slime later (I’m watching the dub of it) and thankfully it was a fantasy show I didn’t expect to like so much, unlike the other fantasy show that aired but we’ll get to that later.

As for Netflix shows……well, I did catch some minutes of Hero Mask and I didn’t give two fucks on continuing it and just re-watched Aggretsuko again and the Christmas special (oh, and still a damn good anime!) Seven Deadly Sins 2nd Season……good stuff. Back Street Girls…… expect it to be in my list and not the good kind. Sirius The Jaeger I’m on now and it’s OK. A typical kind of OK and feels like it does belong on Netflix. Oh, and I didn’t watch those Amazon shows this season aside from Banana Fish.

As for shows continuing over next year……Well, of course, JoJo Part 5, That Time I Got Reincarnated as a Slime and Radiant is still continuing and well, Jojo is fine, Slime is great and Radiant….. well, at least it’s not Black Clover but I didn’t get much of this so much. At least it’s only 21 episodes.

It’s been long since I watched the show and all I can remember is that the plot of the girl Rachel wanting Zack to kill her and knowing about his past and the people they encountered in that place wanting to kill her and yeah, some things were went cuckoo all over. The last 4 episodes did managed to pick up and good thing it ran to October. It does seemed more appropriate in that time frame. Alright show with a good twist in the end.

If you wanted more titan-fighting in here, well, you’re about to be disappointed but if you wanted more insight on the supporting characters like Krista/Christa/Historia/Cardi B/Whoever she is and her fucked-up backstory, more fights with other human characters especially Kenny the Crazy Cowboy and yes, less time with “I’MMA KILL THE TITANS!!” I just wish the theme song was actually good…. and before you go “Well, it doesn’t have to be the others!” or “You’re missing the point of the song, MAK!!”, look, I get it but sonically, it’s kinda lame. Almost as lame as the first Golden Kamuy theme back in the Spring season. 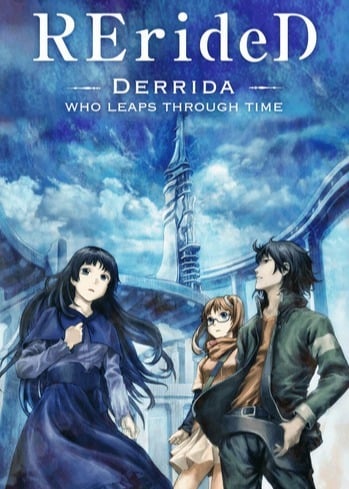 Again, this show just finished before December even came and this is rather OK. It’s just your usual sci-fi / time traveling show with a dystopian future and people fighting it and at least it wasn’t as dumb as Island. Everything about the whole thing is slightly OK. Not too bad to watch in an early morning but not that good to be focused on it every week. (6/10)

OK, at first I was digging it with these girls going into different dimensions and meeting alternate versions of themselves and then halfway in, I started to lose a lot of interest from the whole “friendship” shit and the thing with their alternate selves being more stronger than they are and this is another case of me sleep-watching this show. I don’t hate it but I don’t care on going back to it. (5/10) 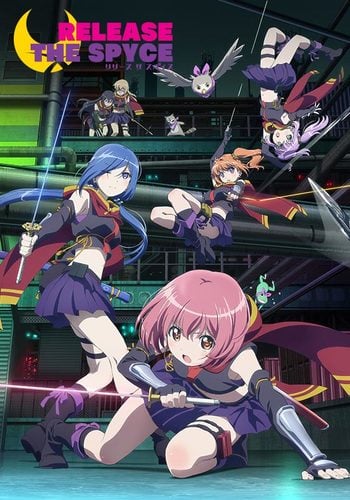 I also admit that I have been sleep-watching on this as well but most of the time, the action scenes were pretty good and the backstories of some of these characters can be interesting and fun to watch but the main story or format of the week can be dull and like I said, mostly forgettable and hence sleep-watching. (5.5/10) 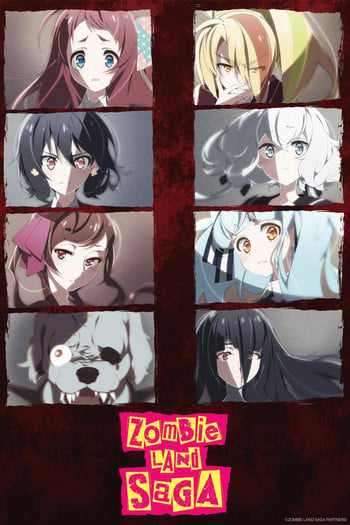 However, I do have some to say about this anime in particular and speaking of someone who really not that into idol anime, this was a damn good surprise and great show. The characters are a joy to be with and some of their background stories on how they wind up here can be either so fucked up or so sad you want to cry, especially episode 8. While the last couple of episodes were very meh, that didn’t distract from what was already great in the past episodes. The show can be funny and endearing and this got me really loving it. Here’s hope for more of this and these characters, especially the Legendary Tae Yamada! (9/10) 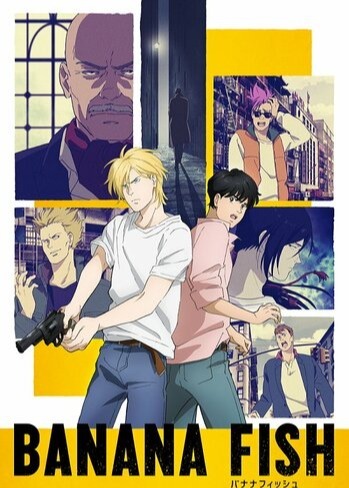 Talk about going out like that. Yeah, I get that Banana Fish does handle some touchy subjects that might get uncomfortable. However, that feeling isn’t that exploitative or trying to shock and awe just for the sake of it…. in other words, it’s the type of mature that’s subtle about its story. You’re in for some equal parts action, character development, and insight within our protagonists and antagonists, even though sometimes I like Eiji, he didn’t need to pick popping up in places where he can get shot. NoitanimA ended up having a great year in anime and Banana Fish to be the last one this year to end it is very satisfying and also, props for MAPPA having two great shows this season on their end. (9/10) 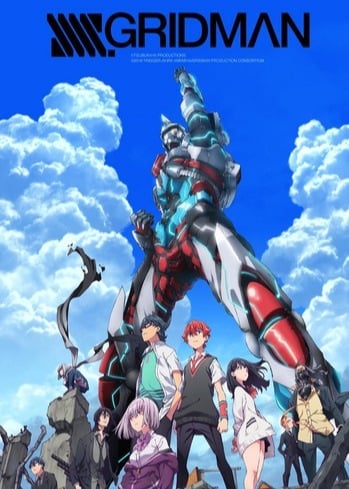 IT DIDN’T FUCK UP!!! IT DIDN’T FUCK UP!!! OK, I admit, I was worried about this one since the disaster that is Darling in the FranXX happened and even though this isn’t exactly top-tier Trigger (i.e. Kill La Kill, LWA, Space Patrol Luluco —  Yeah, they’re top-tier!), this is still good from it’s kaiju battle scenes, the feel of it being like a Super Sentai show and you even feel for the “antagonist” of the show along other characters. This is just one of these shows that you’ll have a fun time watching over and over again and for 12 episodes as well. (8/10)

And speaking of another fun show this season, this one is right up there and after watching the last episode, I’m not sure if this is a Tiger and Bunny spinoff or if it has anything to do with that show but still had a blast. While Kirill has more of the focus here, I do like that we get some episodes with other members of the SEVEN-0, provided by the funny narration and the weirdness happening after episode 10. Again, this is something I hope will get a sequel….. then again, people hoped Tiger and Bunny would get a sequel and look where we are now. (8.5/10)

Once again, shows that debuted in the Spring season and their 2nd cours into the fall and…. I’ll say this to the both of them as the shit just real during their respective 2nd seasons, mainly more Golden Kamuy than SBTZ as the pace picked up as the season starts and I bet some of you couldn’t tell if this was about the Gold Rush or the Baara show most of you have been wanting. Either way, still good. As for SBTZ, yeah, same shit as the last season. Not much of improvement but still watchable.

This is just fucking stupid. I mean, most of what I heard about this anime going in is basically the prime minister of Japan using this to urge the younger crowd to have babies because the birth rate is declining there but with this, you’re basically helping it decline even more with this dumb-ass plot, these blase characters and that annoying-ass mascot throughout the show. Even as a harem show, this is just not that good. It’s absolutely boring as hell. (3/10) 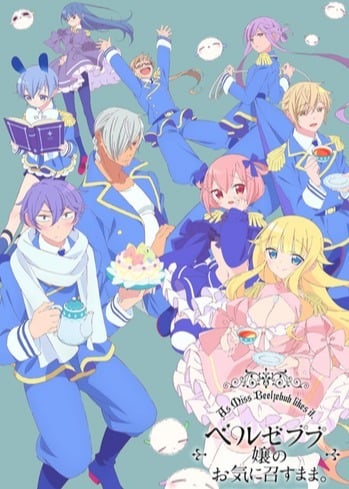 Damn, this show is just…..so cute and relaxing and fluffy and funny. Look, if you’re looking for some plot or major character development, well…… it’s not going to be in here but if you want some light, fluff entertainment that will put a pleasant look on your face, this is going to be it. (Although now I mention it, some of you probably won’t like it. Well, your loss.) (7.5/10) 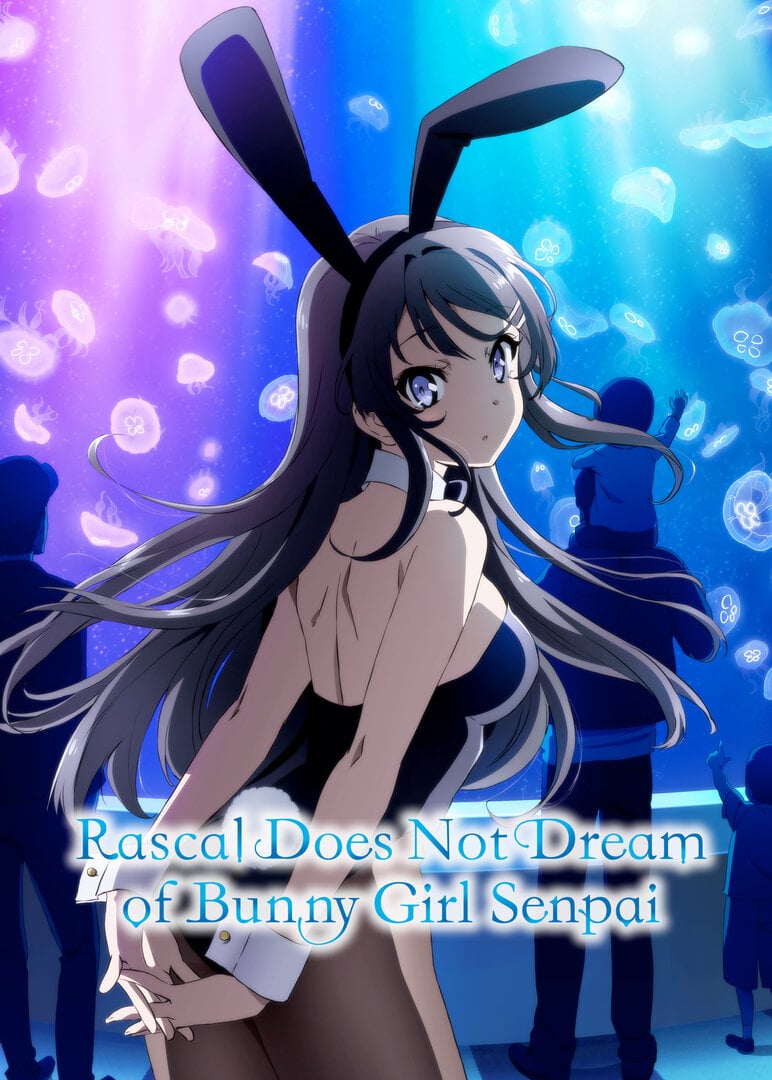 Well, hot damn! No one expected this show to be this good, judging by the reactions I get from people watching it and the acclaim it’s getting. Me on the other hand, I was definitely surprised by how good it is but not good enough to be in my best of list. Why? Well, I admit that in some parts, mainly with characters that’s not the main girl or the sister mostly went in and out of my head. I heard some of it is like the Monogatari series and as something who never saw it…… well, it’s that minus the SHAFT-yness. (7.5/10)

BLOOM INTO YOU // TROYCA // HiDive/Sentai Filmworks

There is a lot of like and love and appreciate about this show with the trials and tribulations of Yuu and Nanami. It is a slow burn of how this process will go along with the interactions with their classmates and what could happen in their future. A subtle, romance story to the LGBTQ community that does deserve the love it’s getting. (8/10) 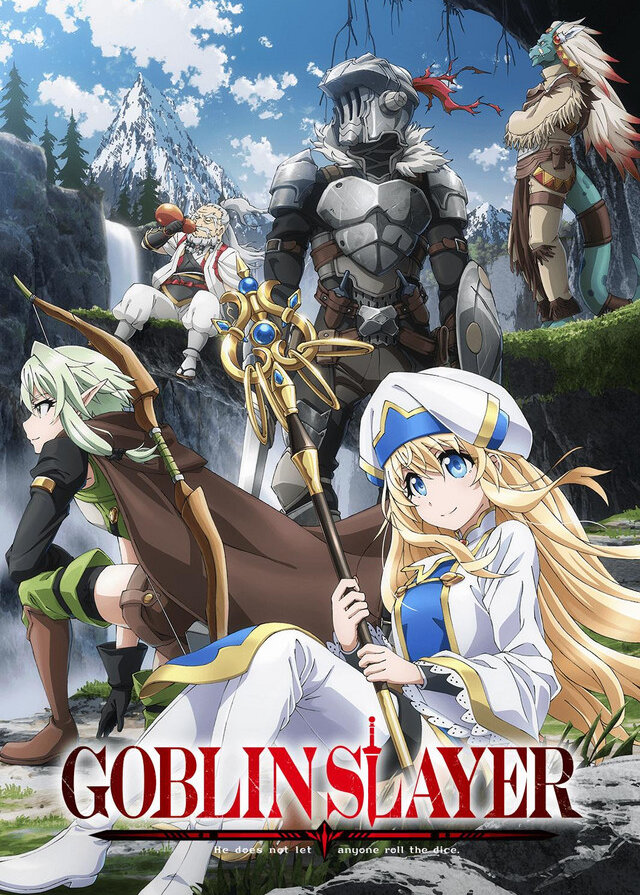 Oh, I have saved you for last and wow…..the most watched anime of this season (mainly on Crunchyroll) and so many people had a lot to say about that first episode and then after that, they didn’t say much shit. Mainly because this show is FUCKING BORING!!! I mean, really? Y’all choose to die on a hill for this dull shit!? Yeah, after that controversial first episode, the rest is just a bunch of generic fantasy bullshit about Goblin Slayer’s backstory about killing goblins, why he kills goblins, a bunch of characters we don’t give two shits about even if the Cow Girl was the only good element about the show…. hell, they don’t even have names. They’re just Cow Girl, Priestess, Fighter, Mage, Bored Viewer– Oh, wait, that’s me and I don’t mind if some watch it for schlocky stupid shit to be entertained, but some look at this having some deeper context when really it’s about as shallow as a kiddie pool. Oh, and comparing this to Berserk or any other dark series that ACTUALLY HAVE GOOD CONTENT and CONTEXT WITHIN THOSE DARK MOMENTS doesn’t make your case any better!!! Granted, not the worst show of 2018 but the most worthless in my opinion. (4/10)

And you know the drill. After Christmas, you’re getting them lists……but with an additional list I have cooked up along with the Best and Worst of 2018 lists.

As for what’s to come in 2019 and in Winter 2019, the anticipated premieres of The Promised Neverland (which you can actually watch on a platform that’s not owned by Jeff Bezos!!), Mob Psycho 100 Season 2, Kakegurui (well, that’s later on with Netflix but YAY!) and…….. wait, the fuck is a W’z?

I’m MAK2.0 aka The Blue Hybrid and I think I found another anticipated ani– *also sees it’s from GoHands* …. Oh…..please at least look better than HAND SHAKERS.