The almighty limousine! The luxury car you would own but let someone else drive around because why the fuck not. *reads the rest of synopsis* Oh……..this involves Panda’s love life or lack thereof because on the WBB Wikia, the plot for the episode is already laid out apparently and while I didn’t read all of it or skim through it……I can tell I want to slap Panda for this.

To help distract Panda from his girl problems, Grizz and Ice Bear treat him to a ride in a limo.

So Panda is sad and shit because Lucy got herself a new man in her life and Kale and from the way he described him, he turns out to be a pretty cool guy and also a cool nerd (Panda, those do exist by the way) and he’s depressed and still thirsty so he mopes and watches his K-Pop dramas.

However, Grizz and Ice Bear brought a surprise to the house later on and it’s a limo!! THEY GOT A LIMO!!! THEY ARE LIVING THE LAP OF LUXURY and…..are stuck in traffic. Reason why is because of the upcoming concert of a certain guest star in here but we’ll get to that later as people in traffic are attracted to the limo and everybody out there having crazy fun, partying in there and just having a good ‘ol time and even Panda is starting to cheer up. When one of the traffic people told them her food vendor friend is coming with fruit…….yeah, that person is Lucy and she brought over Kale and Panda was acting like a little bitch and left the spot…..and into oncoming traffic and thus Panda gets hit by a bus and d– You’re not going to believe that. 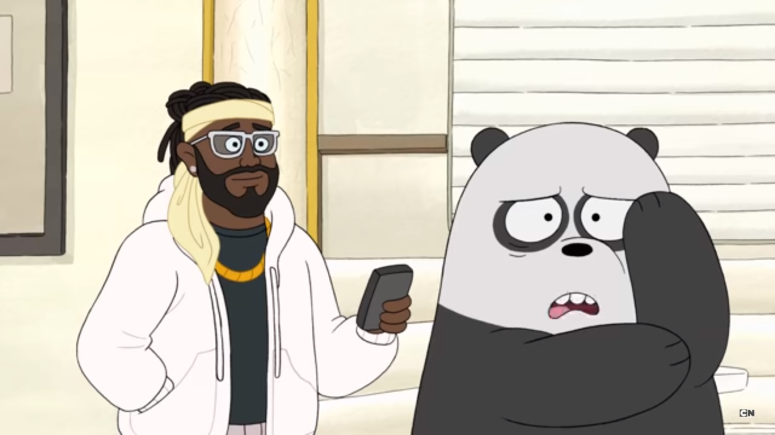 Yeah, he picked up Panda after he fainted at that tour bus stopped and while there, T-Pain got give some advice to him about him, Lucy and her boyfriend and if you’re really her friend and you see her happy with this guy, then don’t be a little bitch about it (OK, not those exact words but those are my words tho.) and also T-Pain is a fan of “Crowbar Jones” as well. If that movie ever happen, Grizz could get him for the soundtrack.

So, in the end, Panda learned not to be a dingle and he apologized for all that and enjoy the T-Pain concert with the bears and Lucy and Kale. 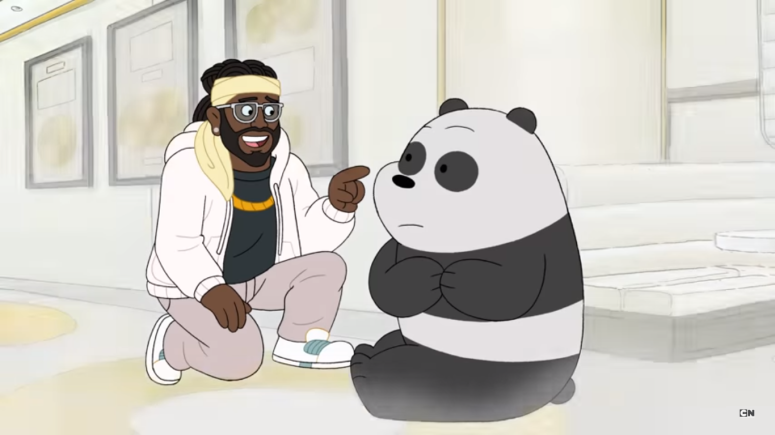 VERDICT: OK, I’m hoping that with Lucy having a boyfriend, this ends Panda trying to get with her because he definitely thought like any person who has an obvious crush on a girl but she got a man and he want them to break up and it just brought out “that motherfucker is thirsty” vibes from him. Oh, and everything from the limo, the party scenes, T-Pain was very fun and I love that tidbit of him and Crowbar Jones.

I’m MAK2.0 aka The Blue Hybrid and …..T-Pain, I don’t know about Kale being delicious (the food, not the character).