Oh, so we got one hot new episode today involving hot sauce!!! So, I wonder if in the future there’ll be an episode with the bears going on Hot Ones where one of them tries to make it through the wings of death?

Or at least do it better than DJ Khaled?

HA! (Look it up!) But yes, this should be interesting.

A quest for their favorite hot sauce causes The Bears to get involved with a sting operation.

As the bears run out of their favorite hot sauce, Sir-Cha-Cha (yeah, you get it!) and also the store sold out of it, they find an alternative as they went to another seller from the Pigeon Cartel and it’s their own brand, Sir-Coo-Coo (boy, they are wild with the names today) and them bears got busted and could be sent to jail for that (hold up, going to jail for some damn hot HOT sauce?! Then again, it’s not as crazy as most ridiculous sentences of frivolous shit happening)…..unless they can help infiltrate the Pigeon Cartel and take them down.

So they went into the place, all dressed up and ready to go inside and they meant the head pigeon and he looks like if Notorious B.I.G. got reincarnated into a pigeon and yes, they do a dance where music that sounds like “The Next Episode” as they introduced him and he talks through cellphone. 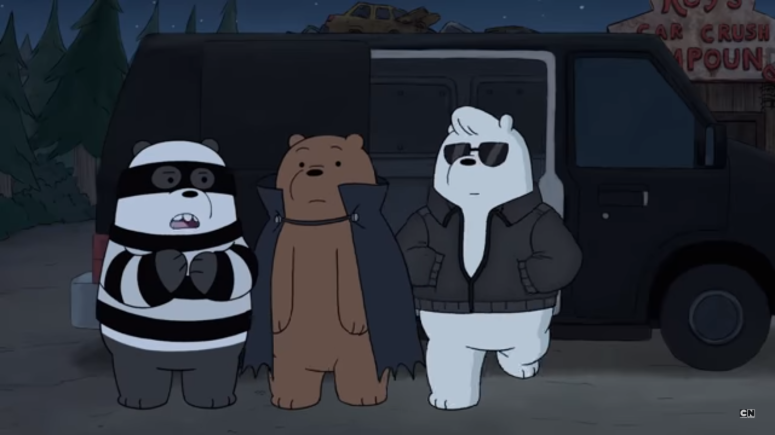 They went to make the buy although Panda is fucking up a little but the head pigeon allows it with one favor: One of them must drink the hot sauce.

YES! DRINK THE HOT SAUCE!
It’s a good thing there’s no equivalent of DA BOMB on there or else, Grizz would be screaming and hollering like a motherfucker! (Then again, Panda would have pulled a DJ Khaled.) He drinks it and the pigeon admires him for that and as they almost close the deal with the pic and Panda was about to send the pic to the officer, one pigeon (oddly enough not on a stool) found him out and the bears are now tied and are about to be squashed like pancakes and all Grizz wanted was to taste that sauce one more time. 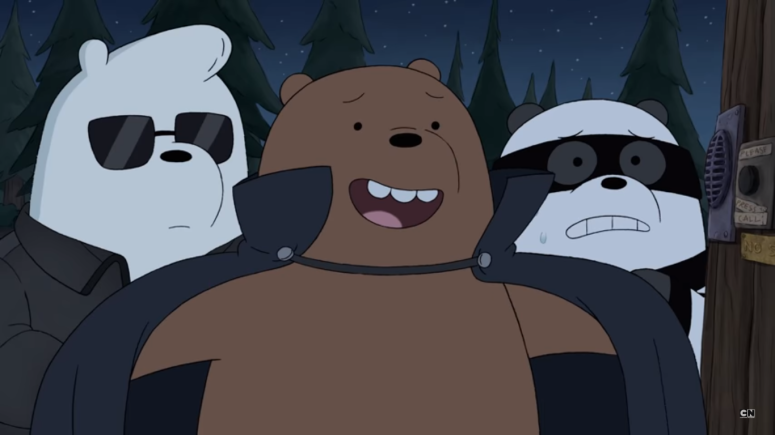 Well, the pigeon did but that was his mistake. He blasted Sir-Coo-Coo all on him and the bears make a run of it and the cops came and arrested them and as Ice Bear said:

Ice Bear has never been happy to see cops#WeBareBears

And they do get some of their beloved sauce. 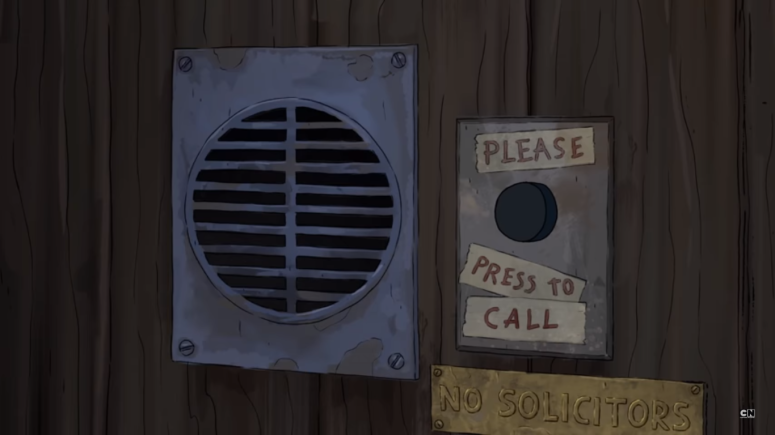 VERDICT: OK, I didn’t know about them making an episode about hot sauce and in case you didn’t get the references, I watch a lot of episodes of Hot Ones, the interview show with Sean Evans on First We Feast (Complex). Anyway, I definitely liked this episode a lot if you can tell by the way I told this. Also, I’ve been curious to try out Sriracha for some time, even thought my main hot sauce has been either Crystal or Tapatio.

I’m MAK2.0 aka The Blue Hybrid and among those 3 bears, Ice Bear could go through the wings of death.