RECAP TIME ONCE AGAIN!! Double the flavor all in one post and we got ourselves another origin story, solo dolo with Panda and the bears go tubing!!

SYNOPSIS:
Baby Panda happily lives in a closed off environment for study, but when he’s given a new friend, Panda 2, his world view is shaken, which sets him off on a great adventure.

So Baby Panda is leaving at this fake forest being observed by a facility and lives his life like it was a regular forest and things, eating bamboo and all that until he got a little friend….basically a stuffed panda that he calls Panda 2. One day, he climbs up to the window and see one of the workers watching TV like Asian Seinfeld and some Precure or Sailor Moon rip-off and Panda was amazed by it and wants to see more of it. He makes the attempt with Panda 2 and tries to work it but didn’t. Then the guys noticed that Panda was let out and he runs for it….but alas, he has to leave Panda 2 behind as he goes out in the real world.

SYNOPSIS:
In search of some adventure, the Bears ride a tube down a dangerous river.

So the bears decide to take in some adventure and by bears, I mean Grizz and Ice Bear. Panda doesn’t want any part of this shit but he goes with it anyway. BTW, that tour guy looks like one of those crazy killers from those Wrong Turn movies, only not as fucked up as them. The bears ride and went to the Angry Panther path because why not?

"Even if we do die, we die together."
Grizz, what a brother #WeBareBears

Also, brother of the year, everybody!!

The bears get wrecked and lost and Panda’s missing as well. But….Panda runs into this pied piper that’s not R. Kelly and his name is Steven.

Yeah. He brought Panda into this little nice village……that’s 100% vegan…

And occasionally gets some manga now and then. 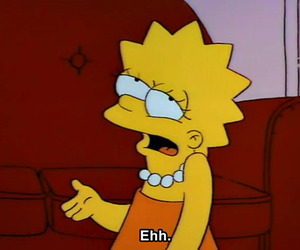 But……they don’t have technology and they want Panda to cast anyway his past things like his phone and you know that Panda will never give up his phone.

And they let him go. Yeah, they just let him go off and—Nah, they aren’t having that. They want to kill him. Luckily, Grizz and Ice Bear came to rescue him and the three escape with their lives…..and back into that place.

THOUGHTS:
PANDA 2: OK, this was kinda interesting, especially how Panda finds out that the world he was living in was a huge lie and yes, I did find Ice Bear’s origin more interesting but this one is very good, too. Although I did imagine if Panda 2 would talk, he would say some shit…..if I was the voice of him. Now I just need to know about Baby Grizz’s past.