I was going to write about another first impression back on Sunday…..but I decided to it this way instead….

Thread. My "first impression" of A Sister's All You Need.
SPOILER: RUN!!!https://t.co/11lZKxMYaW

Because there’s no way in hell I’m wasting doing a real first impression of that damn show. Instead, I waited a week as one of my most anticipated shows and sequel to one of my favorite anime last year comes back.

And thankfully, it didn’t fall the dreaded Anime Strike slot (I can’t say the same for Yuki Yuna tho.) and once again….had a right to be worried about it. 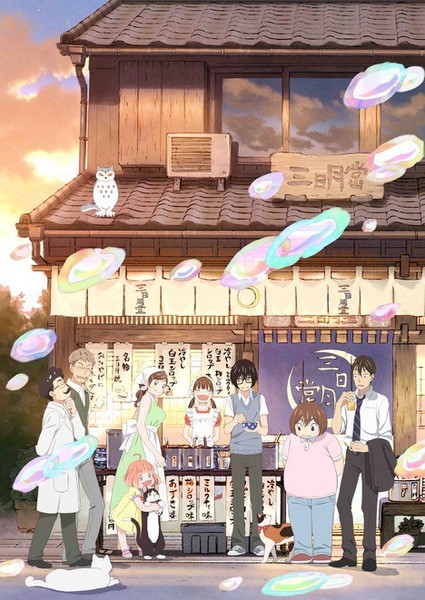 Plot Summary: (FROM SEASON 1) The protagonist Rei is a 17-year old professional shōgi player, who lives by himself, not having a real family, and has scarcely any friends. Among his acquaintances is a family, which consists of a young woman, Akari, and two young girls, Hinata and Momo, and who also keep a numerous number of cats.

First Thoughts: Well, most of you know I’m going to keep watching this for the rest of the season but this was a good starter for the second season. This episode was more shogi-related than how the first episode of the first season started with the shogi/science club, which got me laughing for a few jokes and seeing Rei interacting with his classmates normally and the 2nd half of that being a match with one of the weirdest shots of old men eating cake. Of course, we do get screen time from Akari, Hinata and Momo near the end and yes, it is as precious and adorable and heart-warming as it can be.

But yeah, as I say, I’m CONTINUING WEEKLY with this.

And that is a wrap for TIME OF THE SEASON for the Fall and last one of the year. As usual, tune in December to see what shows is topping my list and what is at the bottom of my shoe.

I’m MAK2.0 aka The Blue Hybrid and yes, Ramune is something you noticed a lot in Japanese soda.

One thought on “TIME of the SEASON Fall 2017 EDITION: MARCH Comes in Like a LION Season 2”