YUP, We are finally there!!! Just like when in the movies, eventually heroes in the MCU will collide and team up for one big event….the MC Netflix Universe will do the same, too. They premiered four Marvel series to Netflix and….3 the majority like and one that sucked *coughIronFistcough* and now they are together for the first time on TV/computer/phone screens in The Defenders!

So, what’s this show based on again?

It is created by Roy Thomas, first appearing in Marvel Feature #1 in December 1971 and…..well, they are a superhero group consisting of “outsider” heroes that’s known for following their own agendas aka “I do what I want, bitch” and since the line-up has always been rotating from Valkyrie to Hellcat to Beast to Hulk but we are here to focus on our other heroes with Daredevil, Jessica Jones, Luke Cage and Iron Fist as they all team up to defeat their familiar enemy: The Hand.

Welp, let’s get one thing out of the way quick: HEY, Iron Fist as a character didn’t suck here but yet he’s still the least interesting part of the show to me (but actually better here than his own shit – then again, Scott Buck isn’t involved here so that must be it.) as he is basically that guy that the Hand must have in their control and yeah, I know his show is well-integrated into the whole Hand plot, same as DareDevil but the difference is that Daredevil S1 and S2 didn’t suck. I still liked Colleen’s part in here and her whole deal with the Hand, especially with Hand ‘finger’ Bakuto aka not Boruto’s Dad. Also, I liked seeing Danny getting his ass kicked by Luke Cage that one scene. Also, out of all the whole connection with the Hand, Daredevil’s part is just the more compelling part of that especially with Elektra and Stick coming back into play.

As for the rest of the characters, I stick by what I said in their show reviews as I both generally like Matt Murdock, Jessica Jones and Luke Cage along with Claire Temple as she still fits right into the what’s going on without feeling just thrown in there like last time. I still see their individual styles throughout but it actually flowed well into the show as they got the right tone done with the styles intertwining in each other.

What really make the show work well is the episode count and it’s only 8 episodes. It definitely helps out since sometimes having 13 episodes does feel like too much and as much as I like Luke Cage, some episodes could’ve been cut or at least re-worked to make a better season.

OH and for the villain Alexandria, played by Sigourney Weaver, her presence was definitely a chilling and threatening one while having some typical villain traits like listening to a lot of classical music (just a nitpick here, not some big problem here). Oh, and the rest of the acting from anyone is generally solid as well. Plus, the action here…..again, this makes up for the shit that other show before this one did!! Oh, and they actually use Run the Jewels music better, too!!

FINAL VERDICT: Marvel’s The Defenders is a fitting conclusion to this first phase of MCU Netflix series that does combines what makes each character unique and interesting (or makes you fit better if put in by a better writer staff and show runner) into one big event that has good pacing with only 8 episodes and ones that doesn’t go over an hour. So yeah, definitely fux with this. 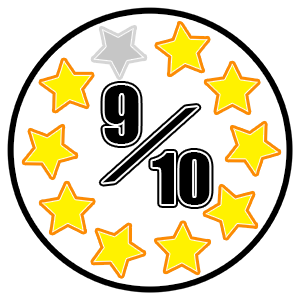 This has been MAK2.0 aka The Blue Hybrid and…..I need to find that clip of Luke kicking Danny’s ass again..