So this isn’t an anime adaptation of that movie with Gerald Butler and Michael C. Hall? Then again, I don’t think that idea would be good in anime format. Then again…… 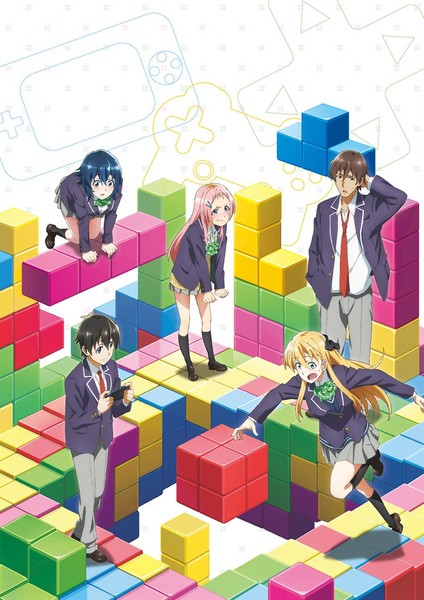 Plot Summary: Keita Amano is a lonely young man who loves video games; Karen Tendō is the beautiful president of the video game club; Chiaki Hoshinomori constantly fights with Keita; and Tasuku Uehara puts on a facade of being satisfied with his life in the real world, but he in truth loves video games.

First Thoughts: So basically this anime is just this kid who loves to play video games so much, he does it almost any minute of his daily life and while a cute girl tries to get his attention by making a gaming club but he decline on that offer and she didn’t take that well….hell, it made her think he turned her down with that, too. OK, I can admit that part was creative and a bit funny but the rest of this…..*falls asleep*. Yeah, most of the other parts, I really didn’t care for. I doze off to sleep a bit and yet the episode felt like 45 minutes than the usual 23. I know there’s going to be more with this but I don’t have high hopes for this one. It may have done some creative twangs to it but it’s about as notable as a crumb in your hand.

I don’t know. My opinion probably won’t matter as much because I barely do any gaming anymore but maybe it can be salvageable in the end.

I’m MAK2.0 aka The Blue Hybrid and really, girl, you’re getting worked for a guy that plays with himself most of the time?

One thought on “TIME of the SEASON Summer 2017 Edition: GAMERS!”