You know, I’m not about being snarky towards people younger than me for having a smartphone…..I just wish I had one of them. At least I can make better use of it than this guy.

Plus, isn’t he dead or something?

This is In Another World with my Smartphone. 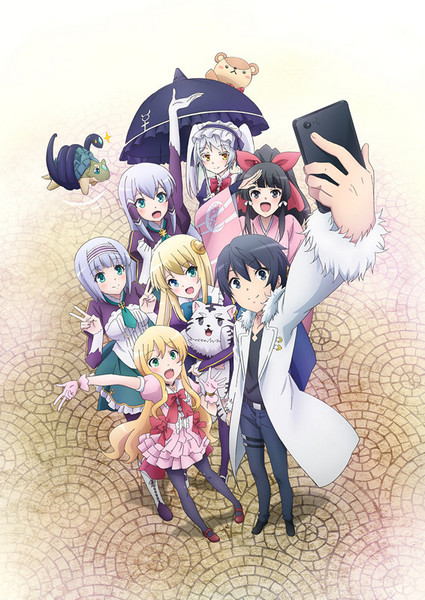 Plot Synopsis: Mochizuki Touya is the unfortunate victim of a bolt of lightning thrown carelessly by God. Because he really wasn’t supposed to die at fifteen, God is willing to cut him a deal – Touya can be reborn, or rather, re-placed, at his present age in a new world in order to continue living. To sweeten things, the world will have magic, which Touya will be able to use, his physical abilities will get a boost, and he can bring any one thing with him. Touya opts to take his smartphone, which God kindly equips with the appropriate maps and translation functions for his new life.

First Synopsis: OK, you had me when the whole “God, you accidentally killed me!” thing got me a bit interested in watching this but…..as soon as he’s in this world where he’s practically the guy that can do anything and got the girls at the palm of his hand and OH MY GOD, THIS IS BORING!!!! It’s just another generic show with the self-insert character you wish you were because girls are easily impressed and swayed by him and that would be fine if the character himself has any personality but he doesn’t. He’s bland as vanilla ice cream by itself and the girls aren’t all that compelling either. Hell, the smartphone is the only cool thing about this show because….well, it’s a smartphone. Also, I fall asleep into some of this although I’m prone to fall asleep if I get comfortable but this just left me not wanting more.

And sure, you can say “Aww, you’re boring! This is fun!!” but watching some other fucker do this for the hundredth time….no, that’s tedious.

SKIP IT. There are better anime this season to invest in than this shit.

I’m MAK2.0 aka The Blue Hybrid and I feel like smashing a smartphone….well, not really. Those are expensive as shit.