Inner Me: Uh, what are you watching right now?
Myself: Oh, it’s…..The Asterisk War.
Inner Me: Oh, O— WAIT, WHAT!?! That show?
Myself: Yes, that show!!
Inner Me: Um, why? You know we trashed this show back it was simulcasting last year.
Myself: Oh, I know.
Inner Me: So……why?
Myself: I don’t have anything else to review at this point and since the dub is now on Hulu with Erased and Charlotte coming soon, I thought…fuck it, why not? At least I can give my full thoughts on why I think it’s trash. Who knows….. I might change my opinion of the show at the end. I might like it.

Myself: Yeah, right!!
Inner Me: Yeah, you almost had me for a minute. Alright, carry on.

Anyway, you have noticed a year back or so, there has been a lot of these light novel adaptations of anime coming every season and sometimes they would have some ridiculous long title or an abbreviation of the title or it would be about either magical high school and their OP protagonist, some generic rom-com or anything that would appeal to a lot of teenagers, mostly boys.

Either way, they were everywhere and sometimes they would suck…..hard. Now that’s not to say every LIGHT NOVEL anime suck because they don’t. There has been a lot of good ones like Baccano!!, Durarara!!, Spice and Wolf, Log Horizon….I could go on and say some good titles in here but this isn’t the time for that now.

Behold, an anime that got some hype during Sakura-Con 2015 as Aniplex of America announce that they got the license of this and airing it the upcoming fall and let’s face it. Some people were not going to be fooled again considering what studio animated the show and their last big hyped show that most people are split on, which I don’t want to mention but it’s going to come up anyway. But let’s not waste any more time…..what’s the show about?

Long, long ago, an epic catastrophe, known as Invertia, caused a complete change in the world’s power balance. In the years following this disaster, a group known as the Integrated Enterprise Foundation rose to power. In addition to this massive change, a new breed of humans born with amazing physical skills known as Genestella also emerged and joined the ranks of humanity. Ayato Amagiri, a student who has just transferred into one of the six most elite schools for Genestella students in the world—Seidoukan Academy—where students learn to control their powers and duel against each other in entertainment battles known as festas. Unfortunately, Ayato gets off to a rough start. When trying to return a lost handkerchief to a female classmate Julis-Alexia von Riessfeld, he accidentally sees her changing which leads to her challenging him to a duel. What most people don’t realize however, is that Ayato has no real interest in festas and instead has an alternative motive for joining this prestigious school. What is Ayato’s big secret? Will he be able to keep up his act when surrounded by some of the greatest Genestella in the world?

So I talked about this show…twice on Time of the Season for Fall 2015 and Spring 2016 and no surprise, I don’t have any expectations of this being good at all and yet…….it proved me right. Oh, this story sounds like some typical future world-setting although it just looks like a modern-day nice looking city that’s not in a shit state or country and new power or something has come to rise and all that……BUT WAIT, let’s focus on this teenager who found a handkerchief and went to give it back to her….WAIT, he jumps into her place and of course, that classic wacky trope of walking in her getting dressed and she gets angry and threatens to kill him over som–WAIT, WHAT!? Yeah, she duels with the guy because he accidentally saw her naked. Yeah, that was the first few minutes of this show and oh boy, it gets dumber and dumber than before and completely misses a lot of marks.

You have the show getting into some characters’ backstories and explaining who they are and you think they were go in for more or have some payoff but it doesn’t.  They always give out some exposition about the school or the festas but they are just info-dumping that will come in one ear and leave out the other and the worse thing is….it could’ve worked out or at least be serviceable to expand more on these characters (or the ones that aren’t our main OP) but instead, it’s all blasé action with pointless and irritating fan service and not in a mindless fun way.

So, Ayato Amagiri aka Purp-Kirito is our lead and why I mention that nickname? He’s basically Kirito with purple hair and yet only more dull and uninteresting as a character and only exists to be badass and get all the girls then acts awkward of them making moves to him aka the same damn shit that gets TOO TIRING!!!! The whole “Wow, I want to be that guy” motive when…..you don’t. You really don’t. He lacks any personality and any trait worth giving a damn about. Hell, that whole thing with his sister Haruka seems like a footnote in case of you forgot like, “Oh yeah, his sister disappeared and shit!” The rest are just as bad as well as our female lead Julis is just another tsundere type that wears that to a tee from blushing heavy to things she finds to be embarrassed, to overacting to whatever Purple Lamborghini Kirito does or when another girl flirts with him and speaking of that, Claudia Enfield is basically our exposition girl who spouts out shit about the school, the festas, blah blah and she always try to flirt with PurpDrank K there. Hell, like I said about Esdeath in Akame ga Kill, she really wants to fuck Dirty Sprite Amagiri so much, she should carry a neon sign that says, “I WANT YOUR DICK!” In episode 3, she got him to come to her room, and she’s in nothing but her robe and she comes on to him.

That’s basically it. Most of the lead female characters in here only exists to get infatuated with Ayato and it is frustrating annoying. Like Saya, the childhood best friend who got big-ass guns and shit and Kirin, the little loli girl who is very dependent on Ayato, which sucks because she used to be top fighter and now, she’s not shit and her backstory felt like it went nowhere. Her father was in jail because of something…..I don’t know what and that whole flashback about who you could’ve did something back there to defend herself. YOU WERE 8 THEN!! STOP SHITTING ON KIDS BEING SCARED!! Also, way to focus much of the fan service on her…..by the way, she’s THIRTEEN!!! Oh and there’s Flora….the cat-eared green-hair girl that appeared in Season 2 and that’s it. I got nothing much to describe her with.

I could mention the other characters here but while some offer a bit of interest like Irene and Priscilla and maybe the often forgotten best friend Eishirou Yabuki but they were never fully fleshed out as characters and some like Lester MacPhail (really, MacPhail [FAIL!]) and others just serve to be the loser, the opponent that’s going to lose anyway or background characters.

On to animation and yes, this show was made by A-1 Pictures. I’m shocked (not really)! Some of the character designs do feel recycled from other A-1 shows and while everything looks pretty and all, their action animation and CG has a lot to be desired. Some of it is just still frames and flashes and weird CG that looked more awkward than intended. Also, the battles animated are boring as sin because it’s the same thing with Ayato always winning. No shocker there.

Music-wise, the score done by Swedish EDM musician Rasmus Faber and you can sense the EDM and dubstep moments in the battle along with the traditional action anime score and it’s a bit hit or miss.  The opening themes, “Brand-new world” (1st) and “The Asterisk War” (2nd) by Shiena Nishizawa are those high-powered themes that tries to get you into the show and while they are decent tracks, they never stuck with it. However, the ending songs”Waiting for the rain” (1st) by Maaya Sakamoto and “Ai no Uta (Words of Love)”(2nd) by Haruka Chisuga are immediate positive highlights for the show’s music and tracks I definitely would love to listen to over and over again as the 1st ending has that slow but building vibe that gets emotional and the 2nd ending has a dance groove feel to it. Too bad they deserve to be on a better show.

And of course, the English dub from Bang Zoom and yeah, I’m fine with the performances in here. Erik Scott Kimerer as Ayato was a surprise when I heard the casting on this although to be fair, it’s a very far cry role than what he usually gets and he does a solid job. Kira Buckland was rather good in here, too, although she was almost a dead ringer for Michelle Ruff in some parts. Sarah Anne Williams plays her snarky typecast role well here and as much as I find this character nothing but someone to fawn over Ayato, Erika Harlacher was very convincing as Claudia. I did felt like Brianna Knickerbocker as Kirin was more restrained than the Japanese VA and the same can be said with Flora, played by Sandy Fox in English and that’s in a good way…the cutesy was overload in the Japanese but in English…I still sense that but I didn’t get overly annoyed in that language track.

FINAL VERDICT: Yeah, I’m not sugarcoating this. This show is trash and an example of a typical light novel adaptation filled with one overpowered character with a wooden personality, side characters that are either made for fan service or to be the one to lose or suffer and a bunch of story lines that doesn’t get further explored or tossed to the side and get mentioned again either later or never. The action is immensely boring as it’s copy and paste battles and the payoff is weak and minuscule. I said that this is an example of what NOT to write when I covered this when it premiered and that still stands here. I definitely do not recommend this show to anyone, even if you like this type of show. Hell, I heard Chivalry of a Failed Knight was the better one out of those two but yeah…..not worth it.

The war has failed for A-1 as they get 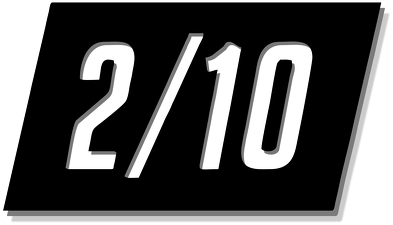 THE ASTERISK WAR is available to own on Blu-ray via Aniplex of America. Streaming options are on Crunchyroll, FUNimation.com and Hulu (both sub and dub).

I’m MAK2.0 aka The Blue Hybrid and yeah, those ED songs are the best thing out of that show.