WOW!!! I LIED! I actually have two more titles to take a look at this week. Well, one today and another I forgot premiered a few days ago……

Anyway, first time for anything, I take a look at a reverse harem anime……or basically one about this girl in a school full of dudes fighting each other. OK, why would anyone want to go there unless they have no choice? 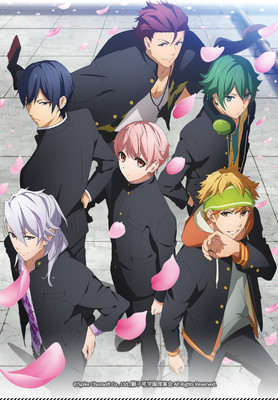 Plot Summary: Hinako has grown up not knowing her parents and thinking she has no relatives. One day, a boy named Hikaru appears before her, and says he’s her older twin brother. Hikaru asks Hinako to take his place at attending a famous private all-boys academy for delinquents.

First Thoughts: Yeah, I’m keeping this short since this is a short-form series that is 8 minutes an episode and it’s basically the girl masquerading as her brother, fighting her way to be the toughest in the school and…..that’s it. It’s OK, I guess. I can see it doing well for its well-intended audience and it did managed to bring out a chuckle or two. But other than that…….

I would just MARATHON this. It’s 8 minutes an episode. Watch 3 episodes in a row and it makes a full-length episode.

I’m MAK2.0 aka The Blue Hybrid and yes, that was very short as shit.