Anyway, this is Clockwork Planet. 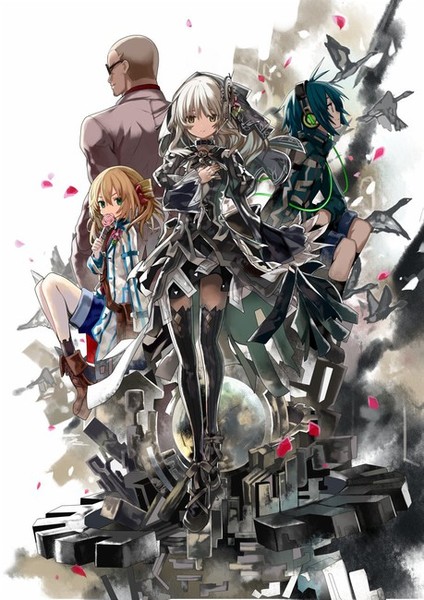 Plot Summary: Naoto’s a high school dropout and brilliant amateur tinkerer. He lives in a world that has been so over-exploited that the entire surface has become one vast machine. When a box crashes into his home containing a female automaton, it’s a harbinger of change that will rock the entire globe, and give Naoto his chance to be a hero.

First Thoughts: It’s a magical girlfriend anime with the post-apocalyptic/(kinda) steampunk aesthetic added in. The plot is your basic the world is ending and we need to fight to prevent it from happening and all that stuff but let’s face it. People are going to watch this because of the main girl RyuZU and her being a robot that can kick ass and will try to pleasure MC-kun. No, really, one scene she sucks on his finger and the other, she wants him to lay on her lap. Hell, it’s pretty much everything targeted towards its demographic but as for me, I am not expecting some big changes in the middle of this so this is more very middle of the road content for me. Also, I really hate one scene with Naoto tries to protect RyuZU from some gang. Dude, she’s a robot girl. She’ll be fine. It’s YOUR ASS that’s going to get smacked.

In other words, Low-MEDIUM Priority.

I’m MAK2.0 aka The Blue Hybrid and wow, 3 anime posts in a row today…..that’s nothing special.