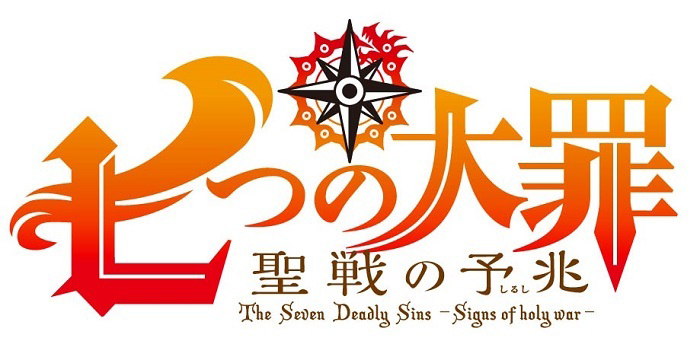 So….remember a year (and some months) ago when I covered that show The Seven Deadly Sins? Yeah, if I can recall, I exactly had a good time with the show. As standard as it was for fantasy-based anime shows like this, this was very entertaining to binge through on Netflix when it first premiered a year after the original JPN broadcast.

Now, we got another se– Yeah, it’s not Season 2 as most people, mainly Netflix, advertised it. This is an 4-episode OVA (but not the first since “Bandit Ban” and “Heroes Fun Time -Extra Stories Compilation-” came after the first series’ run but never aired or been streamed legally in the U.S.) and…..well, let’s get to the plot of this, shall we?

Taken the kingdom of Leones back from Holy Knights, the Seven Deadly Sins, along with Elizabeth and Hawk, can finally enjoy peaceful lives they earned. However, with premonitions of a new threat are looming, their happy, ordinary days are about to end soon.

Yeah, that short of a synopsis, right? Well, it’s only 4 episodes so yeah and also not really much is happening here but then again…..this is following the major events that happened in Season 1 so they need some down time after all that drama and plus, some of the comedic and lighthearted moments were a big part of the reason why I dig the show when I first watched it. Basically the 4 episodes we got aren’t anything major in terms of plot with some hints of something big to happen in the next season (provided if a next season is coming or not) involving one villain in the first series.

Particularly, the episode out of the 4 I thought that was the best out of them is “In Pursuit of First Love”, aka the King/Diane episode where these two spend the day at the festival and reminisce if they can remember their past together whether it be either 15 years or 200 since that whole episode about those 2 meeting each other way back and it was cute. I think this was a cute episode and shows a genuine, sweet and romantic bond between the two and I was really rooting for King to hook up with her, considering she knows he likes her and vice-versa and……damn, y’all two need to hook up and the hell with that other guy (shit,  *looks up name* Hauser….I think…yeah, that’s him.) playing to get in between those t– sorry, I’m not usually a shipper or any shit like that, but yeah, more King/Diane is good to me. Another episode I like was the first episode “The Dark Dream Begins” where the majority of the episode is everyone trying to catch Hawk (now as a smol piggy – oh, and 3rd favorite character on here) after they celebrated their victory defeating Hendrickson.

Of course, most of that is followed by Ban dueling Meliodas in the 2nd episode, which was mostly OK for the part and the 4th episode does feature Gowther and Merlin for a bit but not much to follow or get invested.

My thoughts on the animation here……is about the same as I reviewed the show the first time so I got nothing new for this. Same can be said for the characters as I still like the majority of the cast, especially Diane, King and Hawk although I will still say Meliodas’ schtick of groping Elizabeth is still tired as all hell.

Music on the other hand, it’s……whatever. Not really all that gripping but just your standard rock track i.e. the opening track “CLASSIC” by MUCC and the ending track “Iroasenai Hitomi” (色褪せない瞳; Unfading Eyes) by Alisa Takigawa is another standard track that’s decent but overall nothing I’ll remember. Score on the other hand is as the same as the other series.

Oh, and the English dub of this is still excellent and of course, my favorite performances of this is Ben Diskin (Ban), Erica Mendez (Diane), Max Mittleman (King) and Cristina Vee (Hawk).

FINAL VERDICT: Yeah, I really got nothing new to this about this but I can still say that while the OVA isn’t really treading any new ground aside from one or two bits, these episodes still provide enough entertainment, genuine sweet character moments and some plain ‘ol shonen fun until the actual SEASON 2 is announced.

HUGE UPDATE ON SDS: The show is coming soon to home video via FUNimation. Yes, FUNi has the home video rights for this show….I’m guessing Kodansha handles international rights while Aniplex is domestic (Japan) rights. But yeah, both the OVA and Season 1 are available to stream exclusively on NETFLIX.

I’m MAK2.0 aka The Blue Hybrid and……I hope there’s an actual Season 2 coming because leaving it like that……yeah, you need more.

THE SEVEN DEADLY SINS: SIGNS OF HOLY WAR – animated by A-1 Pictures / streaming on NETFLIX / Season 1 now licensed by FUNIMATION