Hey, I’m actually doing something that’s not anime or story related. But yeah…..the movie reviews may or may not be as frequent as usual and the same can be said for my TV stuff which……well, that’s even less than usual.

Anyway……hey, it’s time for another comic-book related movie review! And it’s a DC one!
*crickets and crowds leaving*

WAIT, WAIT, WAIT! This one is actually good! 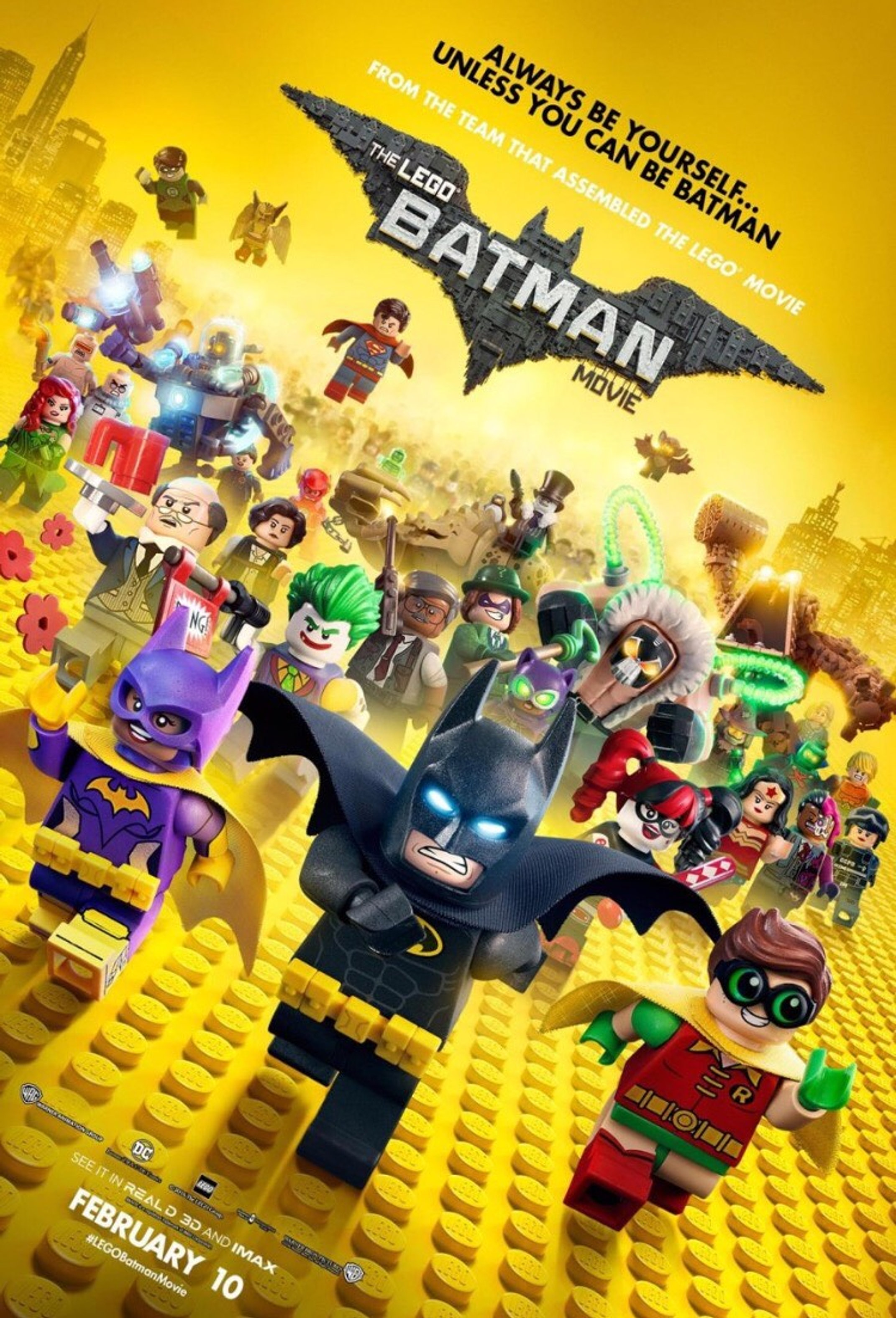 In the irreverent spirit of fun that made “The LEGO (R) Movie” a worldwide phenomenon, the self-described leading man of that ensemble – LEGO Batman – stars in his own big-screen adventure: “The LEGO (R) Batman Movie.” But there are big changes brewing in Gotham, and if he wants to save the city from The Joker’s hostile takeover, Batman may have to drop the lone vigilante thing, try to work with others and maybe, just maybe, learn to lighten up.

VERDICT: So remember 3 years ago when the Lego Movie came into fruition and we first thought that was a stupid idea on paper and yet we ended up loving the hell out of it, got great critical reception and box office results and all released in February aka the month where most movies go to die and suck….although that’s proven time to time that great movies that be released at that time frame. Now you remember one of the highlights of that movie was……yes, Batman. The one voiced by Will Arnett…..

This time, he got his own thing going in the Lego Universe and…….OK, spoiler alert and I’m basically repeating words but this is the best Batman we had in a while.

Now yes, this does follow the Batman lore as it’s been told before, as in, dealing with dead parents, why he chooses to be a loner, how Batman is endangering Gotham City than saving it and adopting Robin (kinda, sorta) but more goofy and silly and got me laughing throughout the whole thing. The one element that got me chuckling was with Batman and the Joker on their “relationship” and how Joker wants Batman to see him as his most feared enemy. You can say that it’s like a romance between the two and the look on poor Joker’s face (you know what clip it is) based on the clip we saw numerous times in TV spots. Oh, and yeah, Zach Galianafakis definitely made a great impression of me as the Joker. Definitely an improvement on the other version we saw last year. In fact, everybody in here did a damn good job in here from Arnett to Gailanafakis to Rosario Dawson, handling things both DC and Marvel….girl is working it on both fronts and Michael Cera as Robin was almost unrecognizable to me as I forget that was him….and I know some Arrested Development fans might get the joke on this.

The amount of in-jokes about the Batman franchise from the movies to the characters that most of us (well, some casual fans) either didn’t know or seem like it sounded like bullshit but are actually true….like Condiment King. There was a fucking villain named Condiment King that actually exists in the Batman universe.

So yeah…….like the Lego Movie, this was a great animated movie that I was worried about but it managed to be entertaining and definitely a Batman movie that kids won’t be scared, frightened or bored to watch. Oh, and the first time in a while that I liked a DC movie……well, except it’s not part of the DCEU. Much like Deadpool isn’t part of the MCU but more into the Fox X-Men movie-verse……

I’m MAK2.0 aka The Blue Hybrid…..and Channing Tatum is a better Superman than Henry Cavill in live-action.