In the tradition of shows like IGPX  and the second season of Big O, this is one of the many times that an North American licensor or company is part of an anime production committee and now Funimation is doing their part as they announced this at Anime Expo last year about this show.

This is Dimension W. 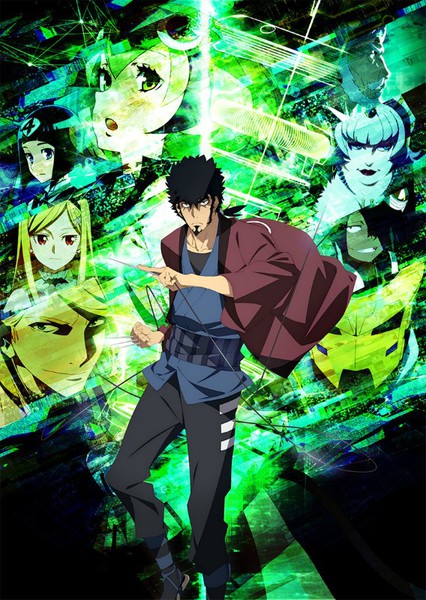 Plot Summary: Humanity harnessed a new inexhaustible energy from inventions called “Coils” in 2051. In 2072, a skilled recovery specialist named Kyōma Mabuchi encounters a mysterious, beautiful woman right in the middle of a certain job. It is a fateful encounter that opens the door to the new dimension “W.”

First Thoughts: I’ll admit that there was a lot of info dumping around coils, especially the illegal coils that powers droids to a level that can stir a bunch of trouble but it’s better for them to get it out of the open now and not waste time later on. It does have a mix of some old and new visual flare with Kyōma the loner protagonist who has a dislike of coils (think I, Robot – only 20%) and the wonder of our other character Mira….and yes, she has a coil to her ass and it focuses on that but not enough to put you out of it.
It’ll be interesting to see with FUNi on the production committee on this and how much of their involvement is in it.

And on that note, this is a  CONTINUE WEEKLY…..and also the season is actually starting to look better.

I’m MAK2.0 aka The Blue Hybrid and……yes, there is an organization called DAB. Google it, you’ll know.

One thought on “Time of the Season WINTER 2016 Edition: DIMENSION W”