So, the #2 pick has been a favorite show of mine ever since I stumbled upon it watching Adult Swim Action and the first thing that got me hooked was the music.

Then it get me hooked on the action.

And the characters (or just the two leads).

You know where I’m going with this, right? My #2 pick and yes, spoiler alert, another Watanabe show and hey, I have said all 5 shows of his during making this list. 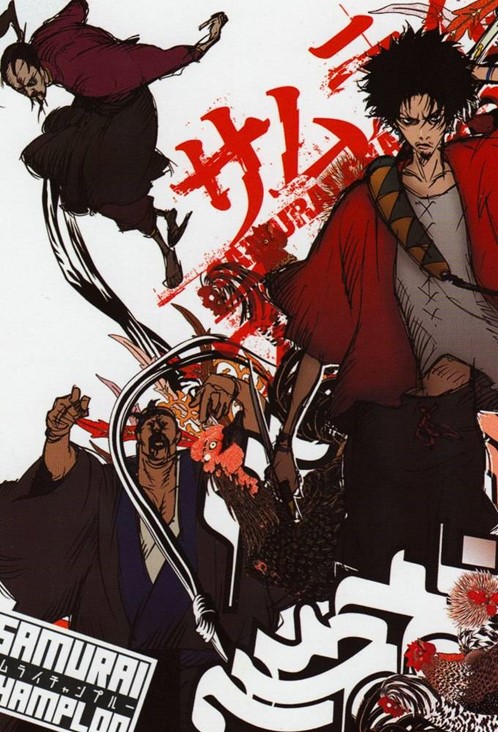 As much as people really love Cowboy Bebop and I do love it as well, to me, Champloo resonances with me more and I instantly loved watching this and better yet, I even watched this in both English and Japanese and (back then) I hardly cared about watching anime in Japanese. So, the show definitely has a style I get into, the two badasses known as Mugen and Jin are definitely the characters I following (and Fuu isn’t bad, too, although personally she’s the most annoying of the three), a journey where once again we find out our character’s pasts among with funny detours and also the best damn anime soundtrack OF ALL TIME!!! (And yes, I’m ranking the soundtrack higher than Bebop. FIGHT ME!!)

Samurai Champloo is my #2 favorite show but it is my #1 favorite show by Shinichiro Watanabe and he shall remain one of anime’s great directors working then and now.