Hmmmm……an episode that focuses on Chloe and Ice Bear, both of which are fan favorites of the show (at least from what I heard around various choices).

I’ve said that outside of the bears, Chloe is actually my favorite character on the show and out of the bears, Ice Bear is the hilarious one as he says more with body language than words. 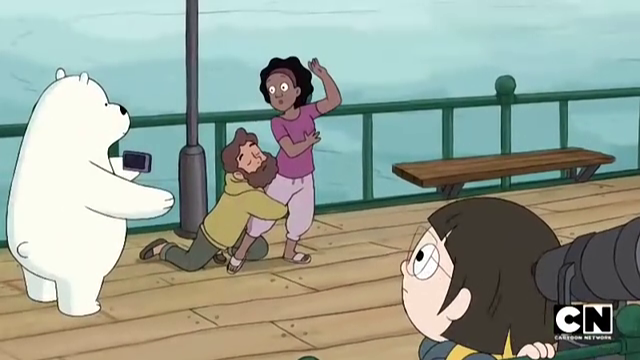 SYNOPSIS:
When Chloe decided to spend the day with the three bears and found out that only Ice Bear is available, they went on sightseeing as Chloe try to have fun with Ice Bear, later ending up on the National Museum.

THOUGHTS:
Is it no secret I’m going to say that I really liked this episode? Well, fuck you, you’re wrong. 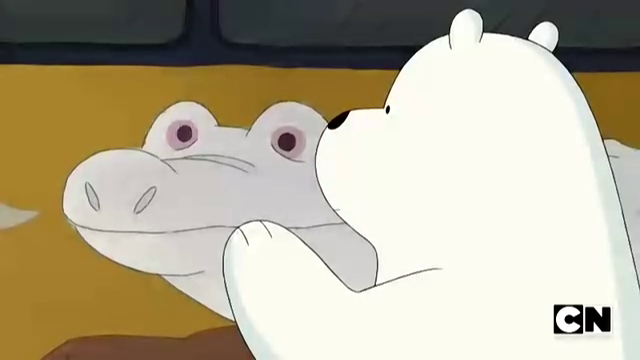 I loved it.
This is, of course, a sweet and delightful episode focusing on these two and seeing Chloe trying to show Ice Bear a good time is adorable (yeah, this word is already used a lot but it’s true. Have you seen the last few episodes of this?!) and once again, relatable because if you have a friend who you think is awesome to hang out with, you want to show them a good time around and you can tell she really wants to impress him but nothing is working….but if you show him an albino alligator (or crocodile….someone please correct me) in a museum, then you make his day. Most of us get like that with trying to show close friends around the city and fun fact about this one: Charlyne Li, the voice of Chloe, has a story credit on this episode.

It is easily something I would re-watch all over again but I will say out of the 3 episodes with Chloe in them, I rank this as 2nd, with the 1st being My Clique and the 3rd being her debut episode.

Oh, and the reason why Grizz or Panda wasn’t in here was because Panda was playing this video game and he needed to win it all.

Well, you know the answer to that and also the grade of this episode.

And that wraps up this week’s We Ba[re-cap] Bears and fortunately for me, next week is going to be more of a weekly thing since they are going back to the airing only once a week at least for a few weeks or so.

Hey, I like the show but I do need a breather now and then.

Anyway, I’m MAK2.0 aka The Blue Hybrid, saying what was that song Chloe played in the beginning and end?
No, really, what was it?