ATTENTION, THE REVIEWING STYLE FOR THIS PARTICULAR REVIEW WILL BE DIFFERENT FROM HOW I USUALLY DO THINGS AROUND ANIME DISCOVERY. THINK OF THIS AS…..ARGUING WITH MYSELF ON THIS…OR TWO OF MY AURA FACTION CHARACTERS ARGUING WITH THIS.

THANK YOU AND I HOPE YOU ENJOY THIS DIFFERENT SPIN ON AN ANIME REVIEW.

KAI: Um……well, yeah. It’s about that time to cover the latter half of Sailor Moon R and this covers the rest of the Black Moon Arc.

MAK: Oh, you mean the arc where we get stuck with that annoying-ass brat Chibi-usa?

MAK: Oh, come on. Most of the time during those episodes, Chibi-usa was either trying to get close with Mamoru that it ends up being creepy as hell…and that is evident with the last few episodes. Even when they tried to make her seem sympathetic to the viewers, I didn’t felt a damn thing for her. At ALL!!

KAI: I wouldn’t say I didn’t felt anything to her at all. I mean, I did felt some sympathy when it came to her being hunted down by the Black Moon Clan. Plus, in more of the sillier episodes, I thought she was actually funny in them and let’s be honest, it’s not like Usagi is a spring chicken the first time.

MAK: Yeah, yeah, yeah, I know most of the time Usagi either cries a lot, eat a lot, not that bright but she’s not as bad as Pinky!! I take her any day of the week! Not even as Black Lady…..and I call bullshit on that, too!! That bitch isn’t nowhere near as black as I picture her!! 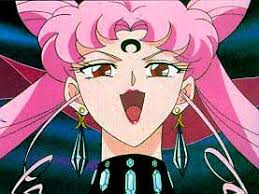 KAI: ….Sweetie, I love you but….please shut up before I hit you.

KAI: However, the whole thing with Black Lady and Tuxedo Mask……yeah, why am I remind of creepy incest shit again? Wait!!! What about the whole break-up with Usagi and Mamoru? The whole cliché thing of ‘I must break up with you to protect you’ type of crap? That whole sub-plot dragged on and on and I couldn’t wait until we got to where that was settled once and for all.

MAK: I……Yeah, I have to side with you there. Usagi/Mamoru are a good couple together but that whole subplot is basically, “TALK TO ME, MAMORU!!” and he’s like, “I CAN’T! I MUST GO!! FUCK TALKING THIS OUT!!” This feels like a romance anime cliché that should’ve took at least 3 or 4 episodes and this was…..17 episodes of this shit!?!? And some of it is from the former half we’ve just reviewed! Who was directing this half?

KAI: What? I liked Utena and Yuri Kuma Arashi was decent. I thought his direction was OK on his parts.

MAK: Yeah, but what the fuck about Penguindrum? How about that shit huh?

MAK: In case you didn’t get the memo, I’m not the biggest fan of Penguindrum. Yeah, moving on…….
I liked most of the Black Moon Clan from the Four Ayakashi Sisters and the way they were during the course of their run but I will say that Rubeus…..well, I can’t spoil anything but fuck him. I know he’s a villain but still, that guy can jump off the edge of my d— KAI: WHOA!!! OK, we get it. Yeah, The 4 Ayakashi sisters were a great highlight and Wiseman was a strong villain for the latter half, maybe a typical one but still good although I can do without Esmeraude and her awful, grating laughter. Also….it is me or does Berthier looks like a certain character from that one Dis—

MAK: HEY!! We can’t get sued by them!! We’re basically broke.

KAI: So……anything on the animation and music?

MAK: Basically the same as last time.  The animation is still the same as the last season with some good transformation sequences. That ending OP is still my least favorite and the most boring ED sequence I’ve ever watched.

KAI: Well, that’s true. I just skip that sequence to see the preview for the next episode. And for the English dub….well, the new one? Any more thoughts on that?

KAI: For me, my favorite has been Matthew Mercer as King Demande…..the man still proves he’s that damn good in his voice-acting game and also one of my favorite things about the dub. Yeah, the rest of the cast still continues to bring great performances to their characters. Hell, this still makes me ecstatic to hear the new dubbed voices in the next season and knowing who’s voicing who already in there…..yeah, I’m eager to see more of it.

MAK: Same here. We’ve already seen Sailor Moon S in sub and I can already say that season is better than this one but let’s wait until the dub for that comes along.

FINAL VERDICT (from the actual one writing this): Yeah, this is so far the weakest season of the series from the cliché romance tropes with Usagi and Mamoru to the severe annoyance factor that is Chibi-usa. As usual, the strongest points of the series are the Sailor Guardians, whether it be on the serious episodes or even on the comedic episodes, which are still my favorite in the series overall. However, as stupid as some of these episodes are…….well, at least you’re not Sailor Moon Crystal. 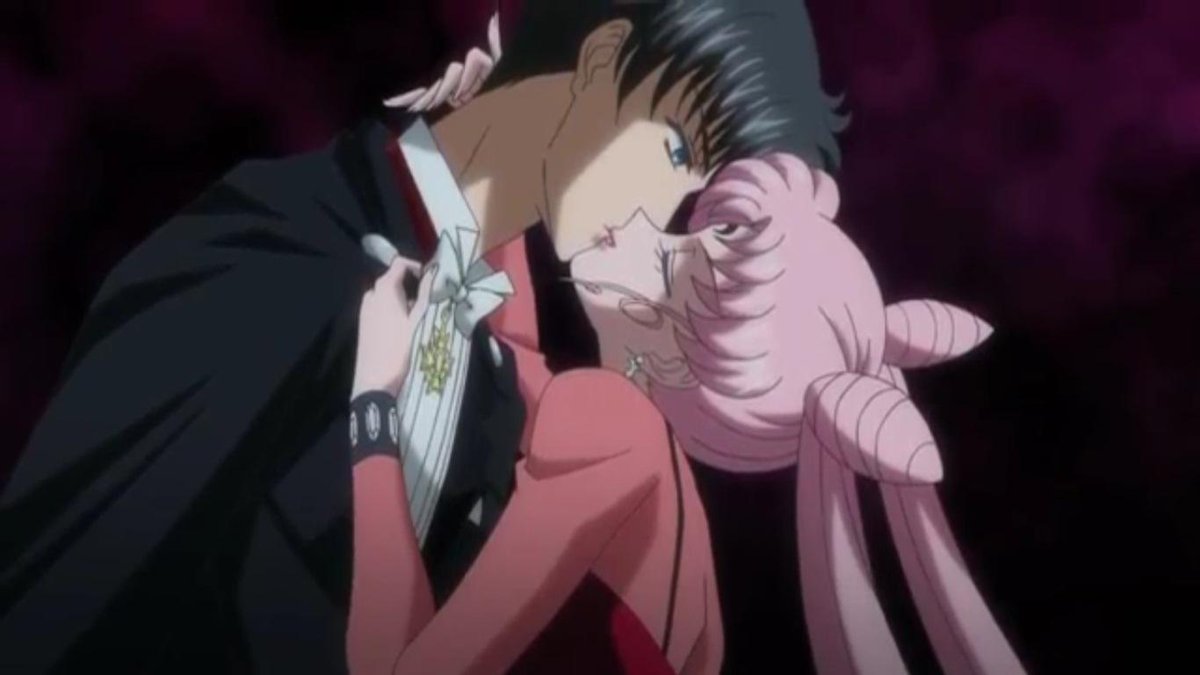 So yeah, I give this transformation….

Sailor Moon R – Part 2 is scheduled to be released in October by Viz Media. As usual, for streaming options, you can watch it on Hulu (if you live in the States).

This has been MAK2.0 aka The Blue Hybrid….doing another Sailor Moon review for all of you and I hope no catchy phrase to end this on.