For the record, It shouldn’t have taken me this long to write this article, but sometimes you function at this speed.

We haven’t talked much about short-form anime here on The Mind of The Hybrid One. These days with so many great shows available, we have to considering how much time we’re able to invest in each new show. But with this show, you can brag that you have watched a 100+ episode series…because every episode is only 3 minutes long.

This time for Anime Discovery Plus+, we check out the one of the simplest, cutest, and most memetastic animes around with Chi’s Sweet Home.

And the regular theme song takes up 30 seconds!

Synopsis: After being accidentally separated from her mother and siblings, a kitten is taken in by the Yamada Family consisting of a gentle housewife, a computer designer father, and a playful little boy. Although pets are forbidden in their apartment complex, they become attached to the kitten that they name “Chi” and decide to keep her. Over the course of the series, they discover the joys, habits, and duties of owning a cat. Although many of the things Chi’s new family do annoy or confuse her, she comes to really enjoy her happy and fun life with them in her new Sweet Home.

Chi’s Sweet Home is the perfect anime for animal lovers and not just people who own cats. After I have recently started taking care of a cat again, I was reminded by how much the series captures what owning a cat is like. All the habits they do from eating, to sleeping, to the mysterious things that attract them are disclosed in bite-sized treats for each episode. One chapter of the manga translates directly into one episode, which is fits quite well as most of the manga is filled with open illustrations and active scenes.

What makes the show work so well is that the titular Chi is wonderfully voiced by Satomi Koorogi, a voice actress whose career specializes in animals and babies. Chi is constantly narrating to herself about her surroundings and new things in an endearing, toddler-like manner. She’s fascinated by everything and reacts in a variety of ways with a dialect that makes her sound appropriate as a kitten. Chi is very much a cat you wish you owned, because her personality is everything you love and hate about felines: obsessed with food and sleeping, skittish, gets angry at change, loves scratching up furniture, and she tries to be independent while she really loves being with her family.

I also find it very interesting that this is one of the few animes where both parents are constantly present to take care of their child. They don’t break their mold often of being a stay-at-home dad and housewife, but it’s refreshing to see two very loving parents who are a constant presence for their child and pet. Their child, Youhei, is a really lovable little kid as well. He’s kind, cheerful, loves playing, and he can speak to his parents in a believable fashion. Many times when they put in a non-adversary kid in a story, they come off as being too precocious or astute for their age.

MADHOUSE’s animation for Chi’s Sweet Home is appropriately simple as the background and outlines have a softer look compared to the original manga. You’ll also notice how the show loves to exaggerate faces whenever the smallest things happen. As we see everything from Chi’s perspective, her reactions to just about everything feel justified and funny because of the way they can contort her face. The humans will have reactions like this occasionally, but they are mostly grounded. What may come off as grating for some people is the use of music in the show, focusing heavily on kiddie-set keyboards, percussion, chimes, and kazoos for each transition.

There’s no real arcing plot throughout a majority of the series. At most, a “week” of the show will be about the same subject from taking the cat to the vet or buying kitty litter for the apartment. That can lead to another awkward issue in the show with how the father obsesses over Chi. As he’s the one responsible for some of the big duties like trimming her nails and buying supplies, he tends to vie for Chi’s affection. It comes off as kind of weird sometimes, as the show should focus more on how Chi and Youhei bond, but the dad goes out of his way for her approval, getting her nice things, and later cry if it fails.

What also come off as a bit strange are the final twenty episodes, which put a lot of focus on this big black bear of an alley cat. Chi is hypnotized by his presence and it even makes her consider going back out in the streets because that’s where true cats live. It gets stressful when their vigorous landlady discovers there are pets around her apartment complex, but she isn’t sure where. Chi develops all this sympathy for a cat that we hardly know; yet the entire series is based around her living with this adorable family. It doesn’t obstruct that much from the ending or the sequel series, but you wish there was more care about trying to make this dilemma more watchable.

This is a case where if what you are reading is appealing to you, you’ll love Chi’s Sweet Home. You might even want to adopt a kitten from seeing how it plays out. It’s charming, cute, and best of all, really funny seeing Chi react to relatable situations. And because the format is condescended to a 3-minute show, it’s easy to watch one, love it, then move onto the next or stop for the night. This is the best casual show for any newcomer or pet lover in the anime series.

PS: If you aren’t sold on this at a mature level, then you’ll have fun watching it because all the expressions make for some wonderful memes. You don’t just animate a cat in so many ways without thinking about gags or cheeseburgers in mind. And of the following images came from just ONE episode. 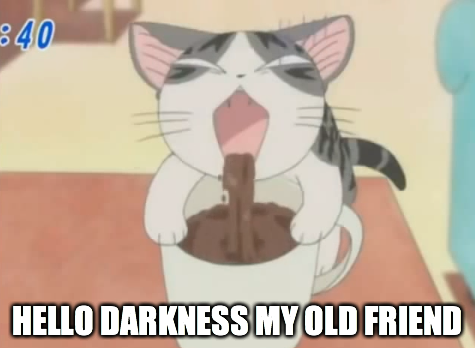 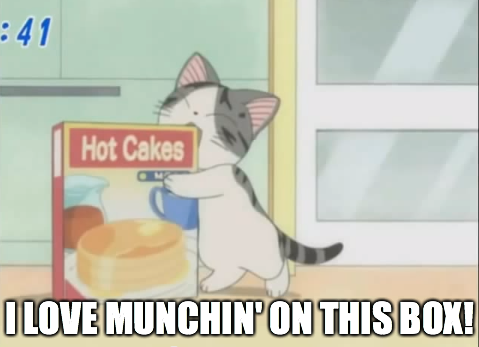 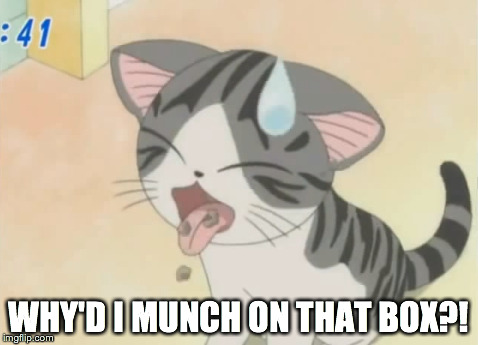 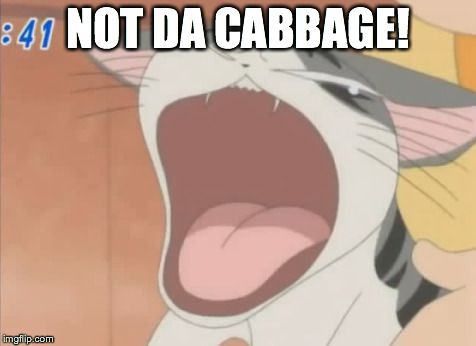 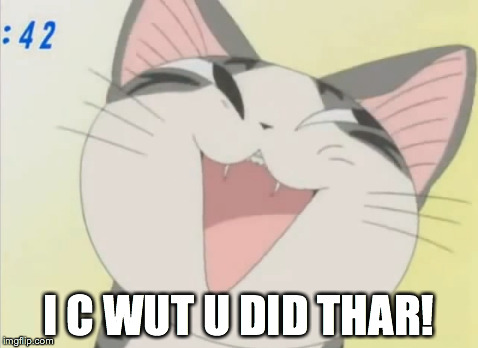 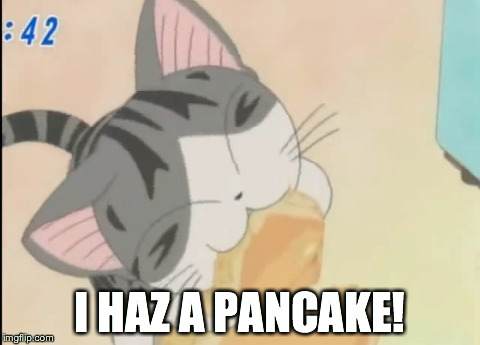 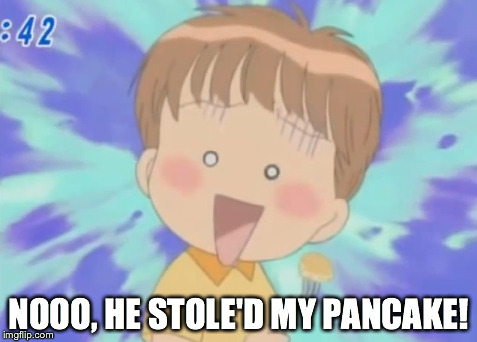 Chi’s Sweet Home is licensed to Discotek Media, but currently unreleased. Many of the episodes can be found on Youtube. The sequel, Chi’s New Address can be found on Crunchyroll. The original manga is ongoing, written by Kanata Konami and published by Weekly Morning/Vertical, Inc.