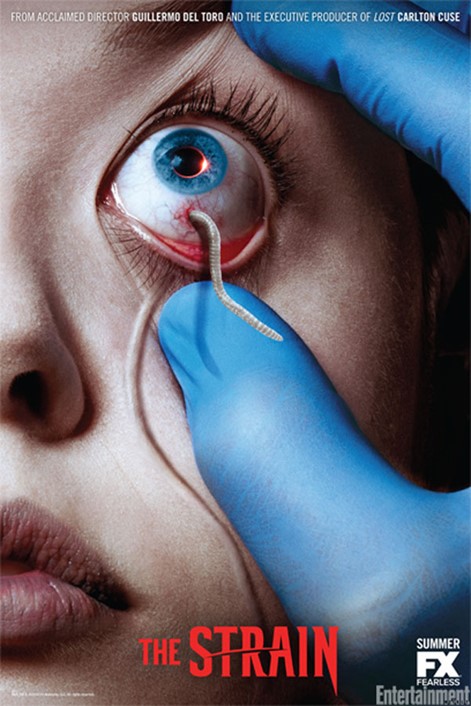 Looking for a vampire series that isn’t all about shoddy-written romance or lots of sex? (And yes, you can use a break from all the sex.) Want something more out of the vampire genre? Like tension? A surprising good story? That’s on a cable network? Then look no further than FX’s The Strain.

What is The Strain, you say?

Well, The Strain is a new TV series adapted from a trilogy of novels entitled The Strain Trilogy written by filmmaker Guillermo Del Toro and Chuck Logan. Two other books, The Fall and The Night Eternal followed after the first novel. The series does have Del Toro and Logan involved as creators/executive producers of the project as well as writing and directing the pilot with Lost producer Carlton Cuse is also involved as a producer here.

A Boeing 767 arrives at JFK and is on its way across the tarmac, when it suddenly stops dead. All window shades are pulled down. All lights are out. All communication channels have gone quiet. Crews on the ground are lost for answers, but an alert goes out to the CDC. Dr. Ephraim “Eph” Goodweather, head of their Canary project, a rapid-response team that investigates biological threats, gets the call and boards the plane. What he finds makes his blood run cold.

In a pawnshop in Spanish Harlem, a former professor and survivor of the Holocaust named Abraham Setrakian knows something is happening. And he knows the time has come, that a war is brewing.

So begins a battle of mammoth proportions as the vampiric virus that has infected New York begins to spill out into the streets. Eph, who is joined by Setrakian and a motley crew of fighters, must now find a way to stop the contagion and save his city – a city that includes his wife and son – before it is too late. 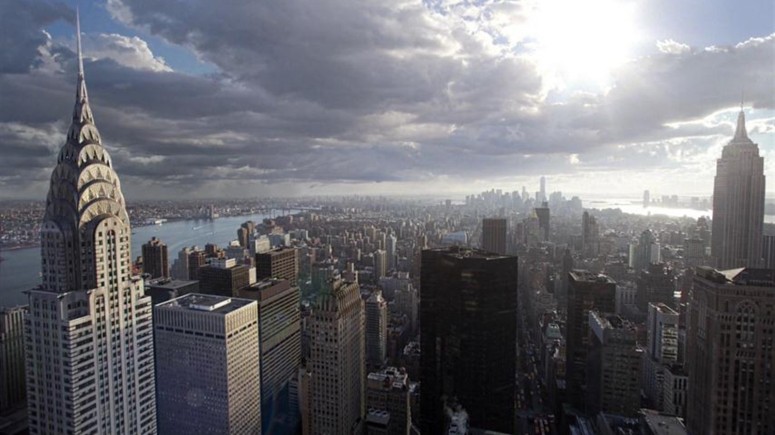 I have heard about The Strain novels for some time and wonder how will it translate into TV, considering the creature du jour is a form of vampire and I think this is the right time to release it since the vampire craze has been going on a decline since 2012 but the thing is will it be a transition for the better?

Well, from watching the pilot, I say that this is looking quite well.

First off, I like that the suspense and tension builds up so well into the mystery of what cause these people to die or convert into a vampire. The horror elements felt as they were genuinely haunting, not in the sense to scare me but more of staring at something horrifying but not put off by it.

The human elements of more of a mixed bag for me, as one hand, characters like Dr. Goodweather, Setrakian and some of the crew of the Canary project do carry some of the show in terms of the main plot. But character sub-plots like Goodweather’s ex-wife, her new man and them going through this divorce and their kid is involved with the whole “you care more about your work than you do me” shtick and this one character named Gus, who is type-casted gangbanger character who somehow gets involved in this ordeal can be meandering and mostly predictable. That’s not to say that the whole season is going to be like this…..at least, we hope not. Although, the second episode has improved from the pilot, expanding on how the disease has a dire effect on its remaining survivors, going more in-depth with Setrakian’s character and even the side character Gus was decent at best.

I still have hope for this series to be a great show for FX as they do carry out some great series on their network, especially their dramas (although I’m hearing mixed things about Tyrant and I’m mixed on that, too.) 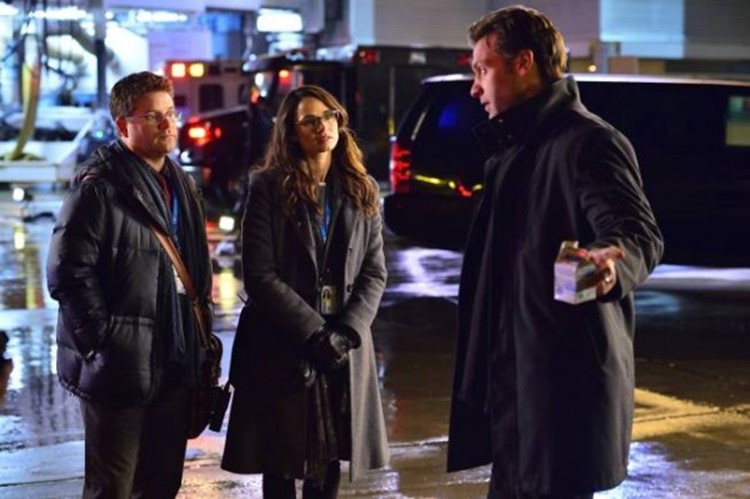 As for if I plan to keep watching the show, yes, I do plan so.

I’m quite invested in this series enough to want to know what’s going to happen in the coming of weeks ahead, albeit some mishaps in the character development department. For those that want their horror fix, this could peek your interest for you.

And until then, this is MAK2.0 aka The Blue Hybrid, bringing all the effected into one huge world takeover.

THE STRAIN – courtesy of FX Productions