I feel like every time the title of this show comes out, you just got to scream out its name like ARRGHHH VOLLLEN!!!! I wonder why this isn’t a pirate anime. *suddenly remembers One Piece* Oh, nevermind. Anyway, ARGEVOLLEN!!! 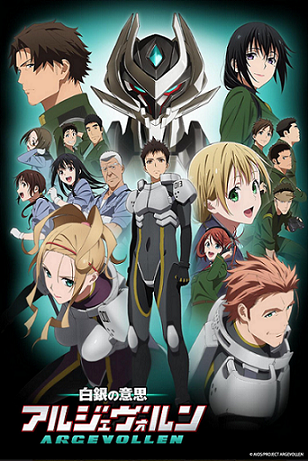 Plot Synopsis: The story takes place in a world where two countries, Arandas and Ingelmia, have been warring against each other for a very long time. Tokimune, a young man belonging to the eighth autonomous unit of Arandas, saves a girl named Jamie when she is attacked by enemy forces. In order to survive, he rides the new weapon Argevollen and fights. 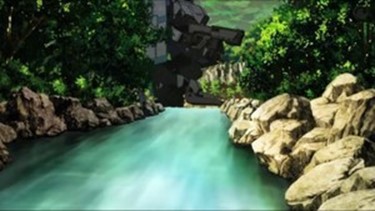 First Thoughts: Wow, we just got back to the good ‘ol boring mecha anime, have we? Despite the name sounding very amusing, the anime in question is not. What we got here is just the typical mecha war story of some guy just getting into this war of something and if you felt like you seen this before, you probably already have. For some reason, I was really getting Nobunaga the Fool vibes from this….and this is not a good thing. I ended up dropping The Fool after 3 episodes and I haven’t even bothered looking back at it because it just feels so bland. The whole set-up and execution is really dull and tired and the animation is just the same and I’m surprised that this wasn’t a Sunrise anime…..it’s from XEBEC!!! Yeah, you remember Xebec, the ones that made Martian Successor Nadesico & LaGrange: The Flower of Rin-Ne, you know, two mecha shows that were more INTERESTING than this show. 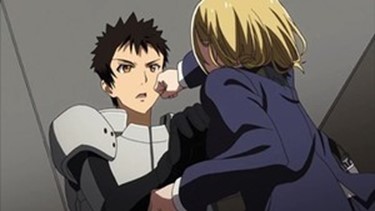 You know what, if you want something mecha this season or any new good mecha series, just watch Aldnoah.Zero or better yet, continue on with Captain Earth. Yeah, at least that got some action and characters you give a shit about.

This gets the THE 3-EPISODE TREATMENT as in I’m giving this 3 more episodes and if it doesn’t get interesting in that time, I’m not checking back. Then again, I said the same thing about Mahouka and that’s a piece of shit and I’m still watching it due to completion.

I think I have more faith in ARGEVOLLEN!!!! Than I do with Mahouka.

And until then, this is MAK2.0 aka The Blue Hybrid, bringing all the ARGEVOLLEN!!!! Into your AGREVOLLEN!!!!!