You know, I could say that this is the first time I’m reviewing something from the Key/Kyoto trilogy of moe anime but then again, I watched Clannad a month ago but I do understand the formula to most of these shows to an extent. Some people will complain about the story, the characters, the moe designs of every female character and how sappy it might be. Who knows? That might be true once I watched it but I’m the type of guy and reviewer that’s open to anything type of genre of whatever I’m watching or listening.

When Yukito Kunisaki’s mother died, she left him with two things: a talent for puppetry and stories of a lifetime search for a girl with wings who flew through the sky. Yukito takes on the quests as his own, eventually finding himself in a small town where he does odd jobs and looks after a clumsy girl named Misuzu to earn a living and place to stay. Though Misuzu also dreams of a winged girl and harbors several odd quirks, she is not the only girl/young woman in town with a story and boatload of peculiarities. Teenage Kano has a personality disorder that may or may not be related to a curse borne since childhood, Kano’s adult sister Hijiri had to finish raising her after their parents died, Misuzu’s hard-drinking biker-chick mother feels unfit to serve the role, and so forth. Gradually Yukito finds himself wrapped up in their stories while trying to figure out if any of the tantalizing allusions to a girl with wings mean anything.

I will agree that this is one of the saddest anime that I have ever seen but it is also the sappiest anime that I’ve seen, mainly due to the story in some parts was overdramatized and it left me not caring as much as the show wants me to, not that most of the feelings you get from this were justified. The main storyline of the show is the basic line of this vagrant meeting a bunch of characters that are more likely one-time characters that you might forget about in the next episode and then in the second half of this 12-episode series, there was another flashback storyline that lasted about 2 episodes which stumble me for a bit, like they wanted to make a show like that but only fill that part for so little time. Then there’s Misuzu’s sickness, which was never really explained thoroughly and I think by them not explaining what she’s gotten, it’s supposed to make us more concerned for her but really it still raises some questions to whatever she’s got.

For the most part, characters are fairly balanced with a good amount of personality traits in them but the secondary characters are largely forgotten in the second half for Misuzu’s arc when she was sick and even the main character Yukito wasn’t much of a presence in those episodes, not that it matters, because he wasn’t exactly a character that I actually worry about often. Yeah, he’s smarmy in the beginning but soon he turns into a different man, but I totally expect that in this type of show. Haruko, Misuzu’s mom (well, foster mother or aunt) is pictured as someone who was just stuck with Misuzu after her real parents either died or something like that but sooner or later, she and Misuzu do get close as a small family, but to say more would be spoilers.

Animation is fairly great in this part of the show, although I have some gripes with that and the character designs, being that most of them looked younger than they are, like Haruko looks like a teenager than who I suspect be a 30-something woman. I know it’s a small town but it just felt like it was barely living like the mentioned characters only inhibit this town. Character designs are very moe as suspected in an anime like this.

The music overall fits the tone of the series, although it’s not as manipulatively sounding as the show is, it’s very relaxing to hear, especially both the opening and ending theme songs and they are both singed by Lia, who’s also the singer for another Key series, Angel Beats. The ADV Films dub was an alright effort but not nearly enough to call it impressive. Vic Mignogna, Monica Rial and Luci Christian do deliver great performances but the others were either theatrically hammy or just awful. 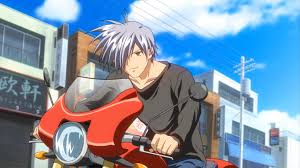 FINAL VERDICT: Air can be sappy at some times but as it tries to make you feel sympathy, you are left with a feeling of confusion, unbalance, and just not being into the story or characters as much. I say that you should give it a chance for yourself before you turn it away but if you liked this kind of anime, you might like it but for others, I suggest you avoid at all costs.

So what does the grade for Air?