MEANWHILE AT THE HOSPITAL…….

“HELP NURSE!!” Tron screamed, “THERE’S SOME CRAZY WOMAN WHOSE BEATING ME WITH MY OWN CAST”. And Nu isn’t even awake.

Tron tries to make a run for it because his efforts were proven to be lackluster since his legs still hurt from being shot there. As for Nu and Jon, they were still resting from the treatment that they needed plus the morphine and watching “Reading Rainbow” with DMX does help……..well, not the latter, the nurses had to turn that down due to the inappropriateness and the bit of hilarity of it. Then, suddenly, one nurse whose name is “Angel” spotted Tron limping from peril and shouting “help” in every way he gets and like a normal human being, she asked if he needed any help ASAP or if there’s any urgent danger. After they exchange pleasantries, the crazy woman comes back and continues to beat up Tron mercilessly and as Angel was about to call security, the woman grabbed her walkie talkie and then slaps her and tells her to get lost. Pissed off, Angel then decide to take matters into her own hand and just knock her out once, then slam her head against the wall and quickly said, “Yeah, hit me again and see what happens next.” Tron then called outside help (mainly the crew) and then the lady stands up again and her and Angel is about to come to fisticuffs and wait, what review is this again? Oh yeah, SAMURAI 7.

First, let me influence you on the movie directed by Akira Kurosawa in 1957. The plot is described as that it follows the story of a village of farmers that hire seven master less samurai (ronin) to combat bandits who will return after the harvest to steal their crops. The movie itself is being heralded as “one of the most influential films ever made” by many critics and audiences worldwide, especially since there was a western that was inspired by it called “The Magnificent Seven”, which many people have said that I need to see.

My opinion on the movie that it was a fascinating title that I think anybody who is into film should check out, although I only saw it once mostly to know what I’m getting into and what I gotten to, it’s something that I would highly recommended although the pace felt slow to me, but for me being new to the movie and if I see it again, it wouldn’t feel as long.

Now the anime still has some of the elements in the original film but it also has the elements of steampunk and/or the mecha genre added in there to give it more of a futuristic look. There is also a change that a Mikumari (or water maiden) named Kirara & her little sister Komachi (who isn’t in the original movie) led the search to find those samurai, as in the farmers in the show were too much of being pussies, especially one character who I will mention later, they send a water maiden and a little girl into the city to find samurai.

The samurai in name are Kanbei, the first samurai recruited by the villagers and the leader, described as a wise samurai who has survived many battles, though he feels no joy from them; Katsushirō Okamoto, a young and inexperienced samurai who wishes to be Kanbei’s student, calling him sensei almost from their first meeting. Gorōbei Katayama, a skilled samurai who has made his living since the wars’ end by entertaining people on the city streets and also knows Kanbei by reputation. Shichirōji, Kambei’s former lieutenant, which he joins him again. Heihachi Hayashida, genial samurai who wishes to avoid fighting as much as possible and prefers to eat rice instead and man, that guy really likes rice so much. Kikuchiyo is a would-be samurai (right down to the false noble birth certificate) who eventually proves his worth but in the series, he is a cyborg with a mechanized exoskeleton and then there’s Kyuzo, a silent and mysterious swordsman who declined the offer once but later joins them.

The initial cast of samurai isn’t exactly developed but they don’t stray away from the movie, with the exception of Kikuchiyo being a cyborg, and they basically play their roles perfectly.

Some characters in the original film that doesn’t have a larger role there is actually some integrated more into the plot like Rikichi, who also led the search for samurai in the anime and shares the painful secret about his wife. His wife (who is named Sanae) does actually appear there more than in the movie. However, the character of Shino is greatly mishandled as she was the pivotal female role in the movie, but Kirara took that role right out of her hands, especially being Katsushirō’s love interest since Shino was the one in the movie. 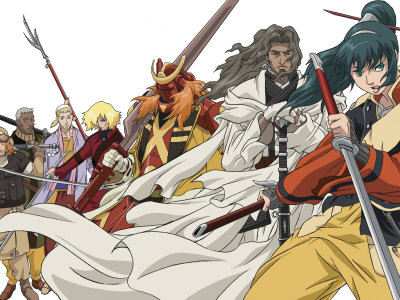 The antagonists are more well-known in the anime than the movie but really, they are never that memorable, pretty easy to forget, and also not worth talking about.

Oh yeah, Shino’s father, Manzo, is the biggest cowardly weenie out of all the farmers out there, considering the fact he tried to sell out the samurai to the same people that wants to harvest their food and/or take their women and children. I get he wants to protect his daughter but he is doing a piss-poor job on it. 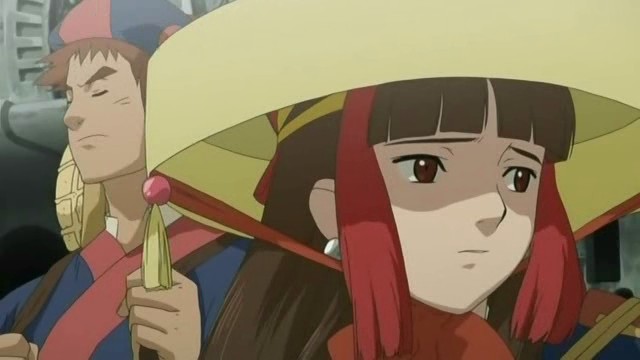 Now into the animation, which was made by studio GONZO…………oi. Okay, remember when JesuOtaku said about GONZO’s animation that when it’s good, it’s good and when it’s bad, it is HORRID?

Yeah, she knows what she was talking about.

A few times the clashing between 2D and 3D effects can be jarring a bit but not a complete turn-off. Some of the fighting animation is actually well-done and made but when they run out of their ¥32,500,000 ($300,000USD) budget, the laziness ensues and man, does it look awful, mostly trying to imitate the surrealism take on Studio 4°C and most of Madhouse shows. They are not those companies and they really should have tried harder on the animation. The background music for the first few episodes is very movie-inspired with the usage of Japanese musical instruments although I had a very Inuyasha vibe to the score, but then again, the same guy Kaoru Wada, also compose the score to that show as well. The opening and ending theme songs aren’t really much to talk about, they’re just either forgettable and/or not much to care about.

FINAL VERDICT: For fans of the movie, you might find this unfulfilling but I don’t think you’ll straight hate this but more likely to think that it was a completely different beast than the original work. As for fans of general anime, it’s nothing special to herald at but you won’t get bored with most episodes as they do pack a lot of action in them and never feels slow and since this show is now airing on Toonami and if you hadn’t already seen it, I would suggest giving it a chance before you switch off.

So, Samurai 7 actually gets some different ratings today.

Soon, Angel and the crazy lady start to really get gritty as she grabs a fire extinguisher, sprays it on her and continuously beating her with it and Tron did receiver some help from the crew but only Hybrid and Don showed up, mainly because everybody else had food poisoning due to bad shawarma meat and Hybrid was still feeling nauseous from it and where has Don been? Well, hell, I don’t know, he didn’t tell anybody. So, meanwhile, the ass-beating continues as Angel begin to show struggle as she was being strangled by a morphine cord and the lady notices something furry distracting her and as she figure it, Angel has a……tail? Yes, she has a wolf-like tail and with that, Angel delivers the final blow to her and won, only to reveal the furry ears behind her nurse’s hat. However, Tron also notice Angel’s real identity and not only that, she was also the flying wolf girl that Hybrid notice a few weeks ago. However, Tron was really feeling destitute and weak as he needed another impromptu surgery and Hybrid and Don showed up in time to see how he’s doing while Angel quickly hide her true form from everyone else. Don wondered who’s that nurse that Tron and why there was a broken fire extinguisher. I looked and asked the staff and they all said that no one exactly knows her name but people always call her “Angel”.

But really, there was more to Angel than what all of us know but what exactly?

Also, the next time that happens, I will be covering something that involves a certain movie franchise that I happen to review last year and will be focusing on their TV counterparts…….. 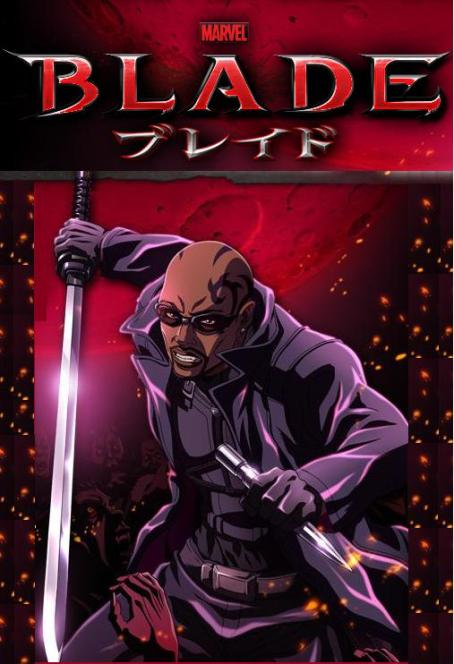 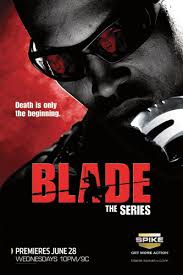 Until then, I’m MAK2.0 aka The Hybrid and I really should’ve stuck with my other catchphrase.

SEVEN SAMURAI (the 1957 movie) – courtesy of THE CRITERION COLLECTION